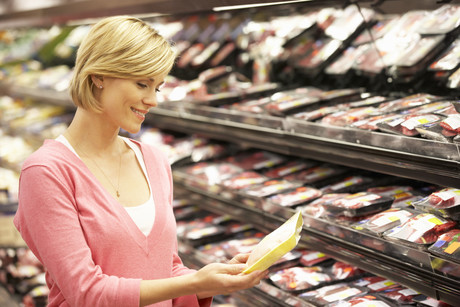 Supermarket giant Tesco is axing fresh food counters at 90 of its stores, which isn’t a demonstration of cutting costs, but adapting to customer needs.

Tesco’s decision to reduce fresh food counters in stores was met with a flurry of speculation, suggesting the ‘store simplification’ plan was part of a scheme to reduce costs. In reality, only 10% of the supermarket’s meat counters were removed, whereas other counters, including bakeries and delis, remained trading in 700 locations.

Regardless of the scale of the closures, however, the decision to remove meat counters from stores does demonstrate a shift in shoppers’ habits. Following the announcement, the supermarket’s chief executive for the UK and Ireland suggested that shoppers’ time restraints may be to blame, as consumers were evidently using fresh food counters less frequently.

This information suggests that today’s time-strapped customer doesn’t yearn for staff interaction when purchasing food. They aren’t interested in sampling products, nor do they require cooking advice from an instore specialist. Arguably, these shoppers simply want to select their goods and head to the checkout. However, this doesn’t align with other schemes that are being spearheaded by retailers.

In 2018, Morrisons launched a scheme to encourage shoppers to bring their own food containers to instore meat counters. In a bid to reduce the single-use plastic usually associated with pre-packaged meat, shoppers were able to take their food home in personal containers using a sticky label provided to be scanned at the till.

While the scheme was initially backed by Tesco, the supermarket’s subsequent counter closures suggest the idea hasn’t taken off at the pace sustainability enthusiasts may have hoped for. Ultimately, some shoppers simply want their meat prepared, sealed and ready to scan — and available to pick up directly from the shelves.

So, how can supermarkets strike a balance between customer convenience and packaging sustainability? Firstly, supermarkets must assess the reasons consumers prefer pre-packaged meat. One of the most obvious reasons is shelf life.

Sealing techniques decrease the amount of oxygen the meat is exposed to, reducing the opportunity for bacterial growth. Using these methods, products can claim an extended use-by date compared to their unsealed alternatives. Fresh poultry, for example, is usually perishable in 3–10 days, but with MAP sealing, the manufacturer can claim a longer shelf life.

However, hermetically packaged products like this require the use of plastic to effectively seal meat in the container. When combined with a low-recyclable plastic tray, this doesn’t complement the sustainability efforts of supermarkets. There are opportunities for food manufacturers to reduce the amount of plastic used in this process. A simple improvement would be to transition to a more sustainable material for the tray, such as aluminium.

Moving to a recyclable aluminium tray doesn’t completely eliminate the use of plastic in meat packaging. However, it still provides consumers with the convenience and shelf life they require. Until consumers begin arriving at instore meat counters armed with food containers to store products, shifting to more environmentally friendly material is a step in the right direction.

Not only are shoppers reducing time spent browsing instore, they are also looking for ways to reduce supermarket trips. As consumers use fresh food counters less frequently and fail to embrace schemes like Morrisons’ food storage container initiative, retailers must prioritise convenience. That is, without sacrificing the environment.

Driven by the consumer lifestyle changes, dry food packaging has transformed from essentially...

Prawn punnets and crab cling wrap could soon be a reality thanks to a plastic alternative...