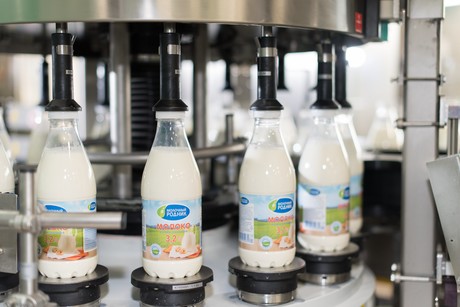 In 2007, Vladimir Kayshev took over Pyatigorskiy Dairy, formerly a state-run operation dating back to the 1980s. The equipment was in dire need of upgrading and was capable of processing only 20 metric tons of raw milk per day. Four years later, Kayshev decided to invest heavily in the plant and gradually transform it into a state-of-the-art dairy.

The city of Pyatigorsk is in the far south of Russia, in the foothills of the Caucasus Mountains. The region is famous for its hot springs and many mineral springs. That is one reason why the area within a 120 km radius around Pyatigorsk is a protected natural area. Heavy industry is not permitted. “That ensures that the feed our cows get from our 10,000 or so hectares of meadows and fields is especially pure. And that, in turn, has a positive impact on the quality of our milk,” said the dairy’s president Konstantin Sukharev. The water the cows are given to drink is also anything but ordinary. The herd drinks lukewarm mineral water that is pumped up from 1600 m underground. “It’s high in calcium and magnesium, which promotes healthy bone growth,” Sukharev explained.

With 2500 cows, the dairy’s own farm produces around one-tenth of the raw milk Pyatigorskiy processes. A second farm is currently being established for another 6000 dairy cows. Once that is complete, the dairy hopes to supply around one-third of the milk it processes. The remaining milk will continue to come from small local farms. 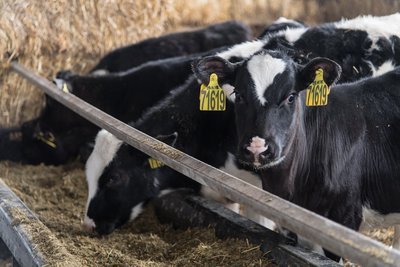 UHT milk remains Pyatigorskiy Dairy’s main product. “Demand on the Russian market is growing year by year,” Sukharev said. Retailers prefer UHT milk because of its longer shelf life. Besides that, consumers prefer it because their buying habits have changed: they want to spend less time on shopping, so they buy larger quantities to have on hand — which means the products have to keep longer. In southern Russia, summertime temperatures can rise above 40°C. It would be complicated to keep larger quantities of fresh milk in the cold chain. And then there’s the fact that UHT is the only way to go for transporting milk to other parts of the vast country. 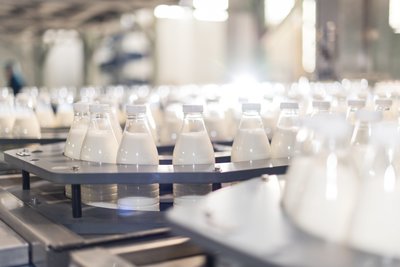 “At the same time, PET bottles are becoming increasingly popular as a packaging material for milk,” Sukharev explained. “So far, though, they have only been used for fresh milk. Now we have combined PET packaging and UHT milk — and for that we chose a Krones aseptic line.” PET has several things going for it as a packaging material:

Modern technology in a historic building

For the expansion of its production capacity, Pyatigorskiy is using an existing, Soviet-era building, outfitting it with state-of-the-art UHT systems, homogenisers and centrifuges. Renovations have been and continue to be made while production is ongoing: over 300 km of piping and tubing have been replaced, four new carton packaging systems have been installed in addition to the new Krones aseptic line and storage capacity for 200 metric tons of pasteurised milk and cream has been created. The company plans to complete this construction phase by the end of the year. Today, the dairy is capable of accepting 300 metric tons of raw milk per day. The company plans to double that capacity by 2021.

The PET line from Krones is designed for aseptic filling of low- and high-acid products. This versatility is important for the dairy because of the very different pH values of the two products it has so far run on the line: milk has a pH of around 6.8, while kefir’s is around 4.3. Pyatigorskiy fills the UHT milk into transparent containers and the kefir into round, opaque white containers. Both container varieties have a volume of around 900 mL. The preforms used for the white kefir bottles have an integrated low-level oxygen and UV barrier. 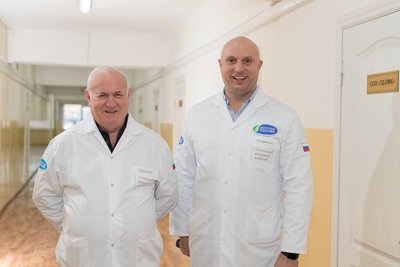 When changing over from kefir to milk, the PET-Asept D line is properly cleaned and sterilised with hydrogen peroxide (H2O2) in order to prevent contamination of the milk. Even the considerably higher viscosity of kefir does not present a problem for the aseptic block. It can operate for 144 h at a stretch before a two-hour sterilisation is required. “It’s a great line,” Sukharev said. “It runs outstandingly well with just two operators per shift. And Krones Academy coaches trained those operators onsite.”

The company intends to gradually expand the range of products and containers processed on the PET line. It is already set up to fill yoghurt smoothies with and without fruit bits and to handle 1.3 L and 0.3 L bottles. The dairy also wants to bring a square-shaped bottle to market sometime in the future, with higher barrier properties that should increase the shelf life of UHT milk to an entire year. “Some regions of Russia in the north and far east are logistically impossible to reach for as much as nine months of the year because of their extreme climates. And transport from Pyatigorsk to these areas takes 21 days as it is. So, a longer shelf life than the 45 days [that] you generally get with normal preforms definitely makes sense,” Sukharev said. 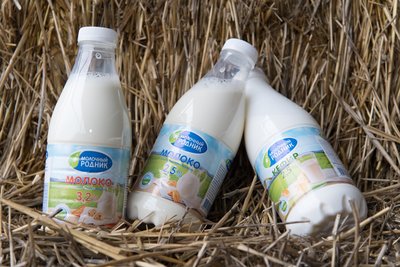 The PET aseptic line was validated and went into operation in January 2019. “The Krones line has opened up a new market segment for us. UHT milk in these containers is a brand-new and unique product on the Russian market,” said owner Vladimir Kayshev. “We are confident that we will be operating at full capacity on the new line within a year — once the products have really hit the market.”

Kefir is a thick dairy beverage that originated in the Caucasus Mountains but has since become popular across all of Russia. The probiotic beverage is said to help people live longer because it can suppress pathogens in the human digestive system. That is why it’s considered the drink of centenarians.

Kefir makes up about 20% of Pyatigorskiy Dairy’s total production output. While some Russian dairies use pure yeast cultures to produce kefir on an industrial scale, Pyatigorskiy still follows the traditional recipe using milk kefir grains, also known as kefir mushroom. “The kefir mushroom is very sensitive. The grains contain up to 200 different microorganisms in a symbiotic colony of bacteria and yeast (SCOBY) that looks like cauliflower. We have a separate room for propagating and storing the culture, in which daylight and outside noises are excluded,” Sukharev explained. “One of our employees cleans and collects the kefir grains by hand. She can’t wear gloves, nail polish or perfume, and the grains can’t come into contact with metal. The grains even react differently when a different employee takes care of them.” The kefir grains are cultured in two stages, first in a low-fat milk and then with progressively higher fat-content milk. It ferments the milk within about 24 hours.

The new dry aseptic line from Krones runs 12,000 containers per hour and consists of the following components: 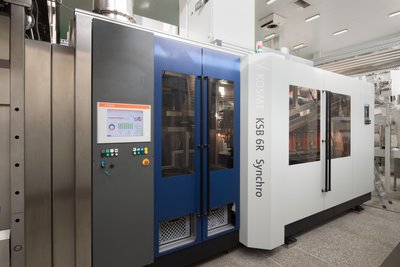 The line, which is located on the second floor of the building, is extremely compact, occupying just 750 m2 of space. Krones made that possible by erecting a stainless steel platform that serves as a second level, housing the two labellers and the packer. Finished 6-bottle shrink packs are passed back down to the ground floor by way of a vertical screw conveyor, where they are placed by hand onto pallets and then transferred to the warehouse.