Where is my cream cake? 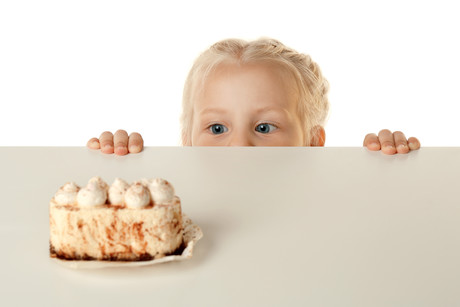 As a British person in Australia, we arrive with a chip on our shoulder about how far ahead the UK fresh food proposition is in the supermarket. Our Waitrose ready meals or our Tesco sandwiches for only two British pounds. Not to mention the famous M&S desserts, and chilled and fresh cream delights that only the likes of Zumbo once created on these shores.

Then after about five years in the industry and a multitude of projects later, you finally admit it. The UK has it easy and is only ahead because the industry has what we call the ‘tiny’ advantage, meaning the UK is quite literally tiny in comparison.

So, what advantage does this give the UK?

Testing new products is pretty easy with smaller risk; range reviews are frequent and a multitude of retailers are looking for the best NPD (new product development). It also doesn’t cost much for a quick turnaround; a single factory can produce an SKU (stock keeping unit) and it can be on the shelf the next day.

Geography is one big advantage, logistic costs are a fraction in the UK from factory to consumers, yet with fresh products perhaps time is the biggest winner as products can be in store within 12 hours. Consideration should be noted that this is as much due to the slow speed of Australian supply chains as perhaps a geographical advantage.

Due to the slow speed of logistics and fragmented development of the Australian industry, each state has a multitude of suppliers selling into the category and even producing the same product in different states. Therefore, to invest in automation costs three to four times the amount, as the business has multiple factories rather than one flagship factory as it would in the UK.

As a result, the Australian market relies heavily on people, which drives an hourly premium. In particular, the need to produce on a weekend to meet fresh needs against a double-time premium. Perhaps it’s time to realise all 168 hours in a week are of equal value and should be paid as such, by letting Adam Smith’s invisible hand set the price.

Scale is a capital advantage; the ability to invest and grow a single entity with your team in one place, which is quality controlled once and equipment is fully utilised on the first day rather than under-utilised across multiple states.

I believe these are a list of excuses and with investors, retailers and manufacturers we can be brave and take a big leap together.

There are locations in Australia where it’s possible for 75% of the population to be reached in under 12 hours. What we need is a campus for collaboration; a hub with a number of businesses and their single central factories and supply chains in place that have both speed and scale. With this in place they can take state operations, invest the right capital to roll up under one roof and bring NPD at a faster pace at one production point. As mad as it sounds, this collaboration could champion the food campus of the future and make fresh truly possible.

*Paul Eastwood established Pollen Consulting Group in 2016 with a vision for a different management consultancy that focuses on values, rather than process; with this in mind he formed a bright, energetic, hardworking and honest team. Paul’s down-to-earth approach is refreshing and fun; he is a straight talker who works collaboratively with businesses to find the best possible solutions to the greatest challenges. He has a wealth of industry knowledge through 15 years’ experience of delivering great results for a vast range of global and local FMCG businesses. He has a passion for simplifying supply chains and operations and can usually be found on the factory floor with the team and clients.