The politics of jasmine rice 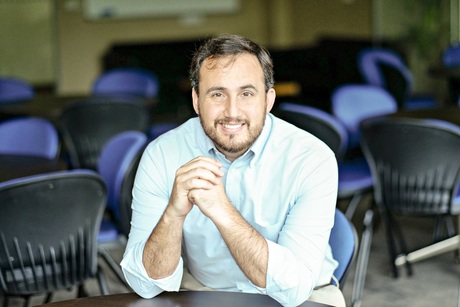 How Thailand’s bureaucratic policies and organisations affect the development of its rice economy.

During his undergraduate years, Jacob Ricks, currently a researcher at Singapore Management University, spent two years in Thailand, where he fell in love with the culture and its food.

“I grew up in a small town in Idaho where our idea of ethnic food was Mexican food and one Chinese restaurant,” laughed the Assistant Professor from the Singapore Management University (SMU) School of Social Sciences. “I was just amazed that food in Thailand could be that delicious.”

Keen on learning more about the region than just papaya salad or larb gai, Ricks became fluent in Thai and majored in political science and Asian studies. In 2006, as he pursued graduate studies, the Thai army staged a military coup against the government of Thaksin Shinawatra.

“At that point, there was discussion of the return of what’s called ‘bureaucratic polity’,” Ricks recalled. The term refers to the ruling and running of a country by a bureaucracy, including military institutions, rather than by an elected government. The 2006 coup sparked his decade-long interest in the policymaking power of the Thai bureaucracy.

The politics of rice irrigation

Rice growing is often the cornerstone of a developing Southeast Asian economy, and irrigation is its lifeblood. In many regions, local farming groups interact with low-level officials who implement irrigation policies and help farmers manage their own water resources.

In his paper ‘Pockets of Participation: Bureaucratic Incentives and Participatory Irrigation Management in Thailand’, published in Water Alternatives in 2015, Ricks studied why some water-user groups were more effective at drawing farmer participation than others.

After months of interviews with officials and farmers, attending meetings and shadowing officials as they walked their beats, Ricks observed that the behaviour of street-level bureaucrats made a huge difference. If the local officials regarded working with farmers as beneath them, or had no incentive to work with farmers, the water-user groups would often fall apart. If the local officials had a personal interest — such as one who was writing a master’s thesis on farmer participation, or another who was a native son of the region — farmer-managed irrigation was much more likely to succeed.

In a paper recently published in the journal World Development, ‘Building Participatory Organizations for Common Pool Resource Management: Water User Group Promotion in Indonesia’, Ricks followed up on his work on Thai irrigation with a similar effort in Indonesia. Just as in Thailand, he found that street-level bureaucrats were key — especially when they were in frequent contact with farmers’ groups and where crop successes were key to a politician’s re-election.

Setting the price of rice

Today, Professor Ricks is shifting the main focus of his research to how rice is priced in Thailand.

“Rice prices have been a major issue in Thailand over the past decade because the government has intervened to promote high prices for farmers,” he explained. But those high prices caused Thai jasmine rice to become less competitive in the world market as they are undercut by cheaper, lower quality rice from other countries.

He surmises that elevating rice prices artificially helps to keep farmers in business, which in turn encourages them to elect politicians who support high rice prices. In doing so, however, the policy is delaying the structural transformation of its economy, from one that is focused on agriculture to one that prioritises manufacturing and services. Agriculture accounts for about 11% of Thailand’s gross domestic product (GDP) and over 40% of its employment share, whereas industry accounts for almost 40% of GDP and just 20% of employment.

A delayed structural transformation means that the country’s agricultural sector will become less and less productive over time, resulting in a widening wealth chasm between rural and urban areas. “For the long-term stability of the country, it doesn’t make much sense,” he said.

As a side project, Professor Ricks, who is fluent in both Thai and Bahasa Indonesia, also studies the ways that languages shape national and ethnic identity and political activity.

In ‘Coalitions and Language Politics: Policy Shifts in Southeast Asia’, published in the journal World Politics in 2012, he and co-author Amy Liu of the University of Texas at Austin examined how Southeast Asian governments use multilingual policies to co-opt alternative-language groups that might pose a political threat.

Now, he is working out how different formal registers in the Thai language affect voters’ perceptions of politicians. The Thai language can be highly formal, or very casual.

It is clear that Professor Ricks’ decade-long interest in the ‘Land of smiles’ will only continue into the future. What began as a volunteer trip to Thailand in 2000 has since blossomed into a deep veneration of its culture and language, and a better understanding of its people and policy.