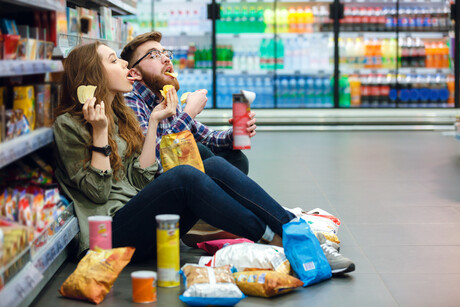 Students and young people want to know more about food producers and their ethos, according to new research.

The EIT Food-funded WeValueFood project quizzed young people who are newly responsible for their food shopping about their food values and what kind of information they want about their food. The research was led by academics from the University of Reading and heard from participants that transparency and honesty were key factors for having a favourable opinion about food producers.

Students who took part in the project said that they would trust producers more if they were able to find out more about food producers’ backstory, including their ethos and approach to food.

Lead researcher Dr Alice Mauchline said the findings provide key evidence for food producers and retailers about what young people expect to know about their food in the future.

“The young people we spoke to were clear about wanting more information from their food producers so that they feel like they could trust them. Transparency was a key factor in the focus group discussions we had; and important and familiar themes about environmental sustainability and animal welfare came up a lot,” Mauchline said.

“It’s clear from the research we did that the next generation of consumers want to see their food reflect their values around sustainability and honesty. Even though these are young people who have only recently been responsible for doing their own grocery shopping, they are already discerning of issues such as exaggerated health claims in food packaging, blunt advertising and lack of transparency in food standards.”

The young people involved in WeValueFood also felt that food packaging needed to be improved.

Students who took part in the online focus groups felt that the excessive use of plastic packaging would make them less likely to buy a product.

“The amount of plastic packaging, it makes me instantly ignore that product,” one student said.

Participants also said that traditional media channels and advertising were less likely to make them become interested in a producer or food product and preferred more educational content via social media.

Content such as ‘behind the scenes’ production and stories about the producer’s lives were seen as favourable ways to understand more about the company and would develop greater trust.