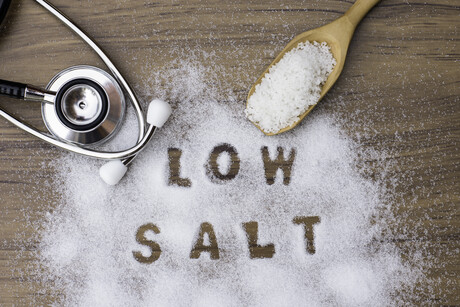 Research shows that people consume around 50% more sodium than recommended in the US, and about 70% of the sodium consumed is coming from packaged, processed and restaurant foods. This makes it challenging for consumers to limit sodium so changes across the overall food supply are necessary.

A cornerstone of the U.S. Food and Drug Administration’s public health mission is to reduce the burden of chronic disease through improved nutrition. “As a nation, we are facing a growing epidemic of preventable, diet-related conditions like cardiovascular disease, diabetes and obesity, and the agency’s work in this area has become even more urgent,” said Acting FDA Commissioner Janet Woodcock, MD, and Susan T. Mayne, PhD, director of the FDA’s Center for Food Safety and Applied Nutrition, in a statement released on 14 October 2021.

The targets in the final guidance seek to decrease average sodium intake from approximately 3400 to 3000 mg/d, about a 12% reduction, over the next 2.5 years. The average intake would still be above the Dietary Guidelines for Americans’ recommended limit of 2300 mg/d but the FDA plans to issue revised, subsequent targets in the future to further lower the sodium content incrementally.

The agency hopes this iterative approach will help support gradual reductions in sodium levels broadly across the food supply so that consumers’ tastes adjust, health outcomes improve and no one company or category of food is singled out or scrutinised.

Voluntary and gradual approaches such as this US plan have been successful in other countries, such as Canada and the UK.

Australia also has a voluntary plan under the federal government's Partnership Reformulation Program, which has set targets to reduce the amount of sugar, sodium and saturated fat in processed and manufactured foods and drinks. With sodium reduction targets now set across 44 food categories, many food manufacturers are delivering on voluntary commitments to reduce salt in categories such as processed meat, ready meals and savoury snacks, but some other categories remain unchanged so work continues.

Researchers have developed a profiling tool that ranks thousands of foods and lets consumers and...