Turning vegan for the environment 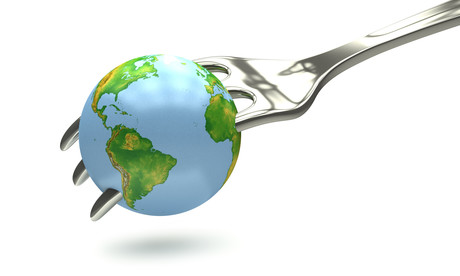 Argentina is the worst country for CO2 production caused by animal product consumption, but it is not the only country that should swap out meat for a vegan diet, according to a study.

Using data from the Food and Agriculture Organization of the United Nations (FAO), the study compared figures for each country on: the quantity of 11 types of food supplied for consumption; the annual carbon dioxide emissions for each food type, per person; and the annual CO2 difference between 1 kg of animal product and 1 kg of non-animal product.

It found that Argentina emits 305.81 kg of CO2 per year due to animal product consumption, and it could make the biggest impact to the environment by switching to a plant-based diet. This was followed by Australia, which emits an average of 270.79 kg of CO2 per person annually for animal products and 10.77 kg for non-animal products.

Robert Sünderhauf, CEO at nu3, said, “Nations with a large meat consumption have a great deal to gain by giving up animal products. These include countries such as Australia, The United States and France, where citizens could on average save over 220 kg of CO2 a year by swapping just 1 kg of meat for 1 kg of non-meat produce.”

Beef was singled out as the worst food product for carbon dioxide emissions, with worldwide consumption contributing on average 374 kg of CO2 per person annually.

With largely vegetarian and vegan diets, Bangladeshis ranked the lowest on the scale, emitting more CO2 per year due to non-animal products than animal products.

Sünderhauf said there are around 375 million vegetarians worldwide and the global meat-alternative market will reach $5.2 billion by 2020. He hopes this number will increase for the sake of the environment.

“Veganism is an increasingly mainstream lifestyle choice, as demonstrated by our vegan product revenue doubling in the last year alone. With this study revealing how switching diets could drastically reduce our carbon footprint, it’s becoming increasingly harder to ignore the benefits of moving to a plant-based diet, both for our health and our planet,” he explained.

“For those who find the idea of completely giving up meat a challenge, this index highlights some realistic and achievable alternatives. For instance, healthier fish and poultry have a far lower CO2 emission rate than fattier red meats such as lamb and beef, while eggs produce significantly lower emission rates than milk products and cheese. All evidence points towards a mainly plant-based diet, with lean animal-based protein if needed, to help both our bodies and our environment prosper.”

The study was released alongside World Food Day 2018, which had the theme ‘Our actions are our future’ and aimed to raise awareness of poverty and hunger. Full results of the study can be found here.

A new strain of salt-tolerant bread wheat with genes that can be traced back to wild relatives...