The impact environmental conditions have on whiskey 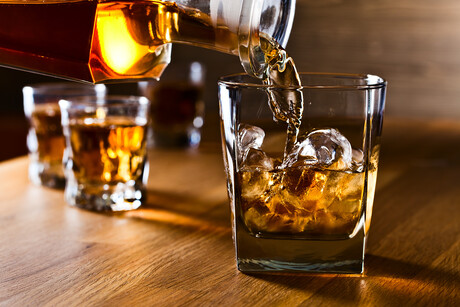 New research has found flavour differences in whiskey can be determined by the environment in where the barley used to make the drink is grown.

Environmental conditions are increasingly being used to differentiate and market agricultural products, most commonly wine, as consumers grow more interested in the origins of their food.

Dustin Herb said while it is that known environmental conditions affect other agricultural products, their effect on whiskey is largely unexplored.

Herb, a researcher from Oregon State University, partnered with Waterford Distillery in Ireland to conduct the experiment.

The study involved planting two common commercial varieties of barley in Ireland — Olympus and Laureate — in two distinct environments in 2017 and 2018.

The researchers planted the barley at Athy, an inland site, and in the coastal area of Bunclody.

The barley was harvested at each site in each year and then stored, malted and distilled in a standardised way. Once distilled, the product is called new make spirit, as it does not become whiskey until it has matured in a wooden cask for three years.

The researchers used gas chromatography mass spectrometry and the noses of a six-person trained sensory panel to determine which compounds in the barley most contributed to the aroma of the new make spirit.

That analysis, along with further mathematical and statistical analysis, found that the environment in which the barley was grown had a greater contribution to the aroma of the whiskey than the variety of the barley.

The sensory analysis found distinct differences in the aroma characteristics of the new make spirit from the barley grown in each location. In Athy, it was more positively associated with sweet and grainy attributes, while in Bunclody it was more associated with dried fruit.

Herb said the research could provide an incentive for smaller distillers to capitalise on their unique environment.

“What this does is actually make the farmer and the producer come to the forefront of the product, like we see in the wine industry with a Napa Valley wine, or Willamette Valley wine or a French Bordeaux,” he said.

The sensory analysis also found differences in the aromatic profiles between the 2017 and 2018 seasons that were studied.

“Could the whiskey industry operate in a similar way, where someone is going to seek out a certain vintage of a certain year?”

Herb said he intends to conduct further research to answer this question.