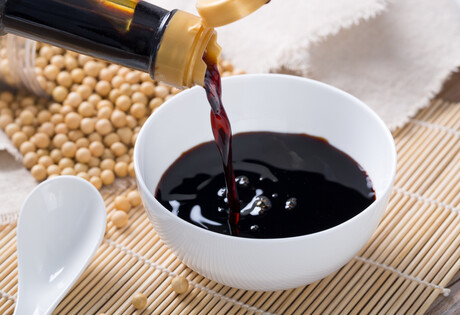 Researchers from the Technical University of Munich have analysed soy sauce to better understand how it imparts a salty, umami flavour to foods and have found that proteins and peptides play a major role in the taste profile of the sauce.

Decoding why specific foods and ingredients taste the way they do gives manufacturers the ability to tailor their production methods to increase or decrease certain flavours. While some of the chemical ingredients that go into giving soy sauce its distinct taste were known, the fermentation that goes into its production makes understanding it fully a complicated matter, and a full profile of its flavours had not been developed.

The German researchers addressed this by trying to recreate the exact taste of soy sauce. They started with a set of compounds that were known to be involved in giving soy sauce its flavour but a panel of highly trained taste testers found this concoction lacking in salty and bitter notes, despite the presence of salt in the mixture.

The scientists then started looking for other unknown compounds and hypothesised that small proteins may be responsible for the missing flavours. With some experimentation, they identified some proline-modified dipeptides and larger proteins that were able to enhance umami and other tastes.

It was found that several of the proteins were contributing to the salty sensation of soy sauce, where it had been previously assumed that salt and other minerals had been responsible for this, as conventional wisdom would indicate that saltiness comes from salt. However, when the new compounds and proteins were added to the mixture, the distinct and complex taste of soy sauce was detectable by the taste testers.

The researchers suggest that microorganisms with specific digestion patterns could be used to modify the flavour of soy sauce; perhaps in the future soy sauces could be released in extra-umami editions or with reduced sodium but an increased saltiness.

The research, published in the Journal of Agricultural and Food Chemistry, is available online.