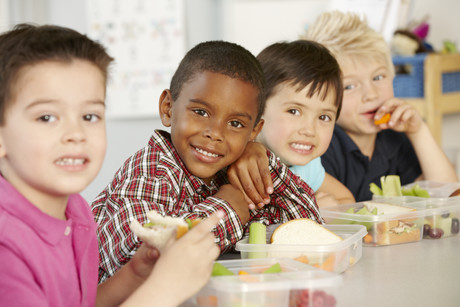 Researchers from the Friedman School of Nutrition Science and Policy at Tufts University found that providing free fruits and vegetables — both within and outside the standard school meal — and limiting the availability of sugary drinks in schools could have positive short- and long-term health effects.

Katherine L Rosettie, M.P.H., first and corresponding author of the study, explained that children consume more than one-third of their daily meals and snacks in school. Food policies can help improve children’s diets, but their impact was not known.

Using a comparative risk assessment model, the researchers estimated the impact that implementing national food policies in US elementary, middle and high schools could have on dietary intake and body mass index (BMI), and future cardiometabolic disease mortality.

They estimated that providing free fruits and vegetables would increase children’s fruit consumption over a period of one to two years. It was predicted to have the most impact on high school children with a 25% increase, followed by 22% in middle school and 17% in elementary school.

The researchers also looked at the potential impact such school food policies would have had, had they been implemented when current adults were children. They estimated that their fruit intake would have increased by 19% and vegetable intake by 2%, and they could have decreased their consumption of sugary drinks by 24%. With both implemented together, the researchers estimated that it would prevent more than 22,000 adult deaths per year due to heart disease, diabetes or stroke, or 3% of total annual cardiometabolic deaths. Reduced consumption of sugary drinks was estimated to have the largest impact, preventing more than 14,000 adult deaths per year.

As well as health outcomes, senior author Dariush Mozaffarian, MD, DrPH, dean of the Friedman School, highlighted the importance of analysing the dietary and nutritional effects of existing policies.

“Identifying the benefits of school food policies helps to inform how to enhance these programs as well as the potential for harm if they were to be weakened or cut,” he said. “Our findings suggest that eliminating sugary drinks and providing free fruits and vegetables in schools has small effects on obesity in childhood but real potential for meaningful long-term health benefits into adulthood.”

The study, published in PLOS ONE, is part of the Food Policy Review and Intervention Cost-Effectiveness (Food-PRICE) research initiative.