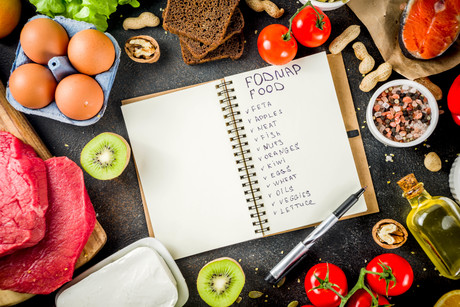 Research from King’s College London has revealed that a diet low in fermented carbohydrates improves certain gut symptoms and health-related quality of life for sufferers of inflammatory bowel disease (IBD).

A team of researchers carried out a trial of a diet low in fermented oligosaccharides, disaccharides, monosaccharides and polyols (FODMAP) in patients with IBD, experiencing persistent gut symptoms despite gut inflammation being under control. Results indicated that a four-week low FODMAP diet improved certain gut symptoms such as swelling of the stomach and flatulence, compared to those on a placebo diet.

Researchers published their findings in Gastroenterology, after studying 52 patients suffering from IBD, who experienced persistent gut symptoms despite no ongoing gut inflammation. Participants were placed into two groups: one to a low FODMAP diet, restricting intake of foods such as wheat, dairy, onions and garlic, and the other to a controlled ‘normal’ FODMAP diet. Over half of the members (52%) in the group receiving a low FODMAP diet reported relief from gut symptoms, had a greater reduction in gut symptom severity and a higher health-related quality of life score.

“While we know that the low FODMAP diet is effective in patients with irritable bowel syndrome (IBS), this is the first randomised trial showing that it’s effective in reducing common gut symptoms. This improves health-related quality of life in patients with IBD when they are in remission,” said lead researcher Dr Selina Cox, from King’s College London.

Researchers collaborated with leading gastroenterologists from Barts Health NHS Trust and Guy’s and St Thomas’ NHS Foundation Trust and found that the low FODMAP diet reduces certain gut bacteria, such as Bifidobacteria, and may reduce inflammation. Despite the changes in beneficial bacteria, gut inflammation did not increase after the low FODMAP diet in participants with IBD.

Inflammatory bowel diseases include Crohn’s disease and ulcerative colitis, which involve chronic inflammation of the digestive tract. While there is no cure for IBD, symptoms can be managed with anti-inflammatory and immune-modulating medication, and surgery. Symptoms can persist in patients during disease remission, despite receiving medication to control gut inflammation, thereby affecting the patients’ quality of life.

A randomised controlled trial was performed to establish if these common gut symptoms in patients with IBD in remission could be managed with the low FODMAP diet. If successful, the diet could represent a safe and cost-effective management option.

The researchers now plan to study the effects of a longer-term low FODMAP diet, studying the effect of FODMAP reintroduction on gut symptoms and bacteria.