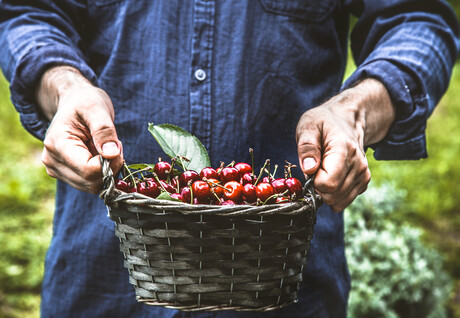 A parliamentary report has urged the Australian Government to establish a dedicated ‘ag visa’ for migrants travelling to Australia to be employed in the agriculture sector.

The Coalition-led inquiry recommended the visa should allow migrants in the agriculture sector to stay in Australia for at least a year or to return to Australia seasonally over multiple years.

The news puts pressure on the government as pandemic-induced lockdowns amplified the collective concerns of agriculture representative groups whose industries have faced widespread workforce shortages for years.

Industry body AUSVEG stated that for vegetable producers it was difficult to find a “competent, reliable and efficient workforce”.

Similarly, the National Farmers Federation (NFF) submitted to the report that “farmers continue to be constrained by an inability to attract the workers they need”.

“Although the federal government has created programs to promote the sector to domestic and migrant workers, none address the issue directly, pragmatically or holistically. The introduction of a dedicated ag visa and strategic programs to attract more Australians to a career in agriculture is crucial to meeting the shortfall.”

Problems with the current system

The SWP and the PLS are two programs that facilitate Pacific Islanders to work on Australian farms.

The Department of Foreign Affairs and Trade (DFAT) said in the report that since commencing in 2012, the SWP had brought in 39,000 Pacific workers, while the PLS, which commenced in 2018 and is across all sectors, has to date placed 350 workers.

The PLS, which guarantees farmers who sign up for the program 20 weeks of work, is still more expensive compared to local workers.

Despite this, AUSVEG considers the program “part of the solution”.

The SWP, on the other hand, also has an expensive application process and there is no guarantee it would deliver workers for the allotted nine-month working period.

AUSVEG said both programs have limited timeframes meaning that the grower must change over its workforce regularly.

The recent changes to the Temporary Work (Skilled) visa (TSS) have also exacerbated the issue of attracting skilled workers from overseas, according to Citrus Australia.

The industry group explained that “migrants may not have a university degree, or the level of experience required to be sponsored, but they do have the interest and the passion, which is the missing factor in Australia”.

AUSVEG also points out there was no TSS visa available for skilled irrigationists, managers and production horticulture supervisors.

The final visa, WHMP, entitles visa holders to a second year of a working holiday visa if they undertake an 88-day working period on an Australian farm.

AUSVEG stated that it was useful for businesses with “a short harvest window that are in travel-friendly destinations”.

However, they also noted that many of the workers “are not committed to working in horticulture, which can often mean that they are there to ‘tick-the-box’ for the 88-day visa requirement rather than be productive. This is problematic for growers, as they are dealing with an inefficient workforce that needs replacing every three months.”

Despite the growing number of groups calling for an ag visa, the government has remained steadfast in its current approach.

Minister for Agriculture and Deputy Leader of the Nationals David Littleproud has instead welcomed the National Cabinet’s decision to reaffirm and streamline processes to bring in workers under the Pacific Labor Scheme (PLS) and Seasonal Worker Programme (SWP).

“I am pleased that all First Ministers recognise the importance of the agriculture sector and the need to make sure we have the workers here and ready to pick the fruit.

“We know there are 22,000 pre-vetted workers from the Pacific available to help with harvest.”

The government has also pushed for more local and younger workers to join the agricultural workforce.

However, this has largely drawn the ire of those specified groups amid detailed allegations of wage theft and other labour infringements displayed in the Blue Harvest Report by the McKell Institute.

Still, the pressure is on. And while there may not be a quick fix to the issue, ‘ag visa’ has entered the lexicon and an increasing chorus of promoters are singing its praise.