Plant-based roast and GF mince pie in stores for Christmas 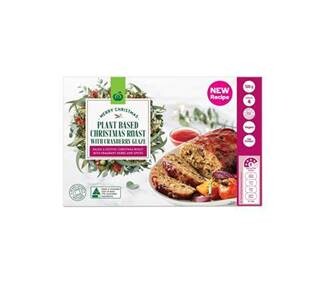 Woolworths has launched a plant-based Christmas roast, gluten-free mince pies and other alternative foods in time for the festive season.

The supermarket said the move was in response to a 32% yearly increase in demand for meat-free dishes as more Aussies than ever before are expected to tuck into plant-based alternatives this Christmas.

The Woolworths Plant-Based Christmas Roast is made with soy protein, infused with traditional Christmas herbs and spices for a robust, savoury flavour, and served with a cranberry glaze.

It will be found in the plant-based section of the meat department. 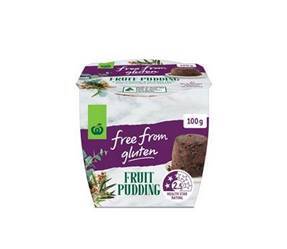 Woolworths Plant-based Category Manager Mauro Pisani said, “The ‘flexitarian’ diet is one of this year’s growing food trends, and the company continues to see many of its customers swapping traditional meat and dairy for plant-based and vegan alternatives a few times each week.

“Christmas is about sharing good food with loved ones and we want to make those celebrations easier for our customers to make simple swaps that support their dietary choices.”