New research to save cows from M. bovis disease 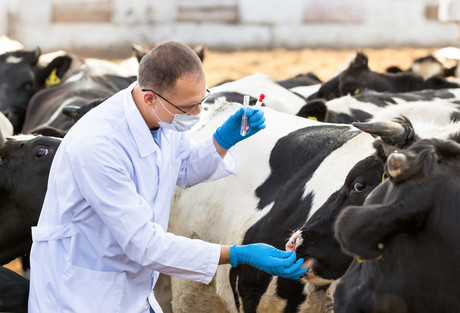 Researchers are trying to determine if there is a better way to prioritise the investigation of farms that are affected by Mycoplasma bovis, a disease that commonly affects cattle. The research would allow the M. bovis Programme to identify infected farms and eradicate the disease from New Zealand.

A bacterial disease that causes serious animal welfare and productivity issues, M. bovis primarily affects dairy cattle, with the infection causing severe lameness, late-term abortions and mastitis that doesn’t respond to treatment. The Ministry for Primary Industries (MPI) has partnered with Dairy NZ and Beef+Lamb New Zealand, and has issued a request for proposals from organisations interested in an ‘Epidemiology Research on Risk Prioritisation’ project.

“Farms potentially infected with M. bovis are currently prioritised for follow-up casing using several criteria. This research determines if there is anything we can do to improve the current system, to enable the programme to prioritise farms at high risk of infection for urgent casing,” said Dr John Roche, Chair of the M. bovis Strategic Science Advisory Group (SSAG) and MPI’s Chief Science Adviser.

Research indicates that farms with high risk of infection by M. bovis are more likely to need animal movement controls applied to slow the spread of disease and speed up the eradication. The Mycoplasma bovis science plan has prioritised research into the disease, with the SSAG ensuring that research projects are utilised effectively to accelerate eradication.

A short-term project based on the analysis of existing data, the risk prioritisation research is the third science plan project to go to market. With $870 million allocated to eradicating M. bovis from New Zealand, the M. bovis Programme has dedicated $30 million for research projects guided by the science plan.

The Government Electronic Tender Services (GETS) is evaluating a large number of proposals for the M. bovis ‘Epidemiology Research on Risk Prioritisation’ project, submitted by researchers from New Zealand and overseas. Quotes for a study evaluating the impact of M. bovis on animals and herds are also being considered. Applications must be received by 2 pm on 18 September 2019.