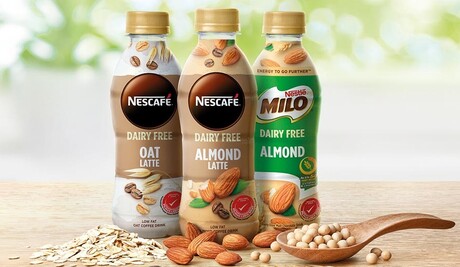 Nestlé has announced it will be launching plant-based versions of some of its brands across Asia as consumers look for more dairy alternatives in the region.

The plant-based versions of the company’s chocolate malt drink, Milo, and its Nescafé latte range will be released in Malaysia in April.

The new version replaces the milk in the original Milo recipe with almond and soy, but the other two core ingredients — malt and cocoa — remain the same.

Each bottle has 6.5 g of protein and is also low in sugar, with a combination of vitamins and minerals.

It follows the launch of a plant-based Milo powder in Australia in 2020.

According to a recent survey by GlobalData, over 40% of consumers in the Asia region are shifting to more plant-based diets, with 11% opting for vegetarian and vegan food. One-third are moving to a flexitarian diet that is lighter on meat and dairy products.