Kitchen towels could cause food poisoning 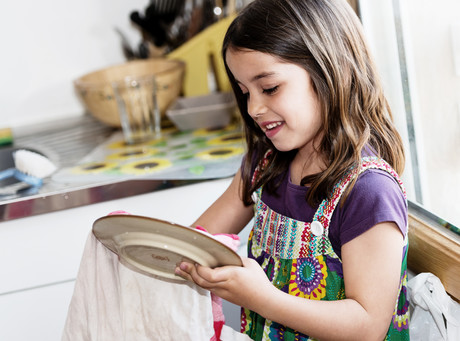 Kitchens are a breeding ground for bacteria, but do you know where it’s hiding? A recent study revealed that kitchen towels have the potential to cause food poisoning.

Pathogens are more likely to be found on towels that are used in larger families and for multiple purposes, according to research from the University of Mauritius.

“Our study demonstrates that the family composition and hygienic practices in the kitchen affected the microbial load of kitchen towels,” said the lead author and Senior Lecturer at the Department of Health Sciences, Dr Susheela Biranjia-Hurdoyal. “We also found that diet, type of use and moist kitchen towels could be very important in promoting the growth of potential pathogens responsible for food poisoning.”

Researchers examined 100 kitchen towels that had been used for one month, and cultured and identified the bacteria and the bacterial load. They found that 49% of the kitchen towels had bacterial growth, of which 36.7% grew coliforms (E. coli), 36.7% Enterococcus spp and 14.3% S. aureus (Staphylococcus).

The amount of bacteria increased with a larger family size that included extended family and children. This was also true of multipurpose towels (used for drying hands, holding hot utensils and wiping/cleaning surfaces) and damp towels.

Staphylococcus was more common on the towels from lower socioeconomic households and those with children, and there was a significantly higher prevalence of both E. coli and Staphylococcus in meat-eating families.

E. coli is commonly found in the intestines of humans and animals, and the researchers said its presence suggests possible faecal contamination and lack of hygiene.

“The data indicated that unhygienic practices while handling non-vegetarian food could be common in the kitchen,” said Biranjia-Hurdoyal. “Humid towels and multipurpose usage of kitchen towels should be discouraged. Bigger families with children and elderly members should be especially vigilant to hygiene in the kitchen.”

Kitchen towels are not the only culprit causing cross-contamination, as a study last year found that sponges can also harbour bacteria. Towels should be washed and replaced regularly, and only used for a single purpose to reduce the risk of food poisoning.

The study was presented at the annual meeting of the American Society for Microbiology.