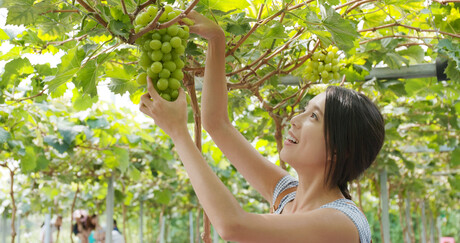 Researchers have found that white wine made with shade-grown grapes pairs better with Japanese cuisine than wine made from sun-grown grapes.

The findings could provide wine growers with an opportunity to crack into the traditionally difficult Japanese market by tweaking production in accordance with the unique local flavours.

The study, published by npj Science of Food, investigated the effect of pairing of wine made from shade-grown grapes with the palatability of sashimi, a typical Japanese cuisine.

The analysis found that shading reduced phenolic compounds and terpenoids and added fatty acid ethyl esters, which are also known to contribute to the flavour of Japanese sake.

A total of 91 Japanese women from 20–68 years of age agreed to part in the study. Roughly half were regular sake drinkers while the other half were not.

The wine and Japanese cuisine pairing evaluations were conducted in a Japanese-style tatami room of a restaurant. The temperature of the room was set to 25°C. The wines used in the study were stored in a refrigerator at 10°C until just before the evaluations and were presented to participants such that they were blinded to the type of wine being offered. Participants were asked to rate the palatability of the dishes when wine filled the mouth.

The results found that both groups of women rated shade wine higher than wine made from normally grown grapes.