How healthy is pink salt? 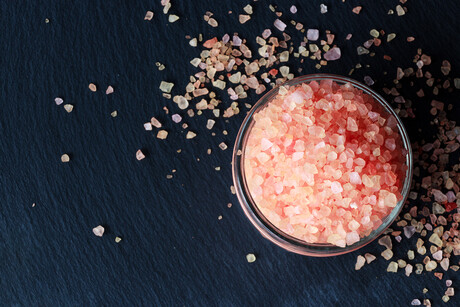 Pink salt has grown in popularity in recent years and often is marketed for its alleged health benefits.

The report said that previous studies found that pink salt contained essential nutrients such as iron, zinc and calcium, and it has drifted into the public consciousness that it is therefore healthy.

But what is not well known is that the same samples contained impurities of non-nutritive minerals such as arsenic, lead and cadmium.

The research was conducted by Australian researchers who purchased pink salt samples from retail outlets in two metropolitan Australian cities and one regional town.

Each sample had its colour intensity, salt form and country of origin coded.

A scan determined 25 nutrients and non-nutritive minerals were found in pink salt, with a wide variety occurring across the samples.

The research found that despite pink salt containing nutrients, >30 g per day (approximately six teaspoons) would be required to make any meaningful contribution to nutrient intake — a level that would provide excessive sodium and potentially harmful effects.

Pink salt consumption should not exceed the nutrient reference values for Australia and New Zealand guidelines of <5 g of salt per day, the report said.

The research was funded by Nutrition Research Australia and the report is available at: https://doi.org/10.3390/foods9101490.