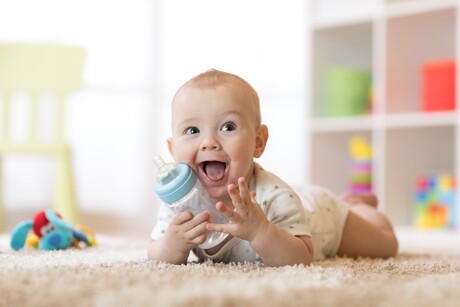 The Australia and New Zealand Ministerial Forum on Food Regulation has approved the use of a genetically modified ingredient in infant formula and other products.

The decision will allow producers to use the GM ingredient 2’-O-fucosyllactose (2’-FL) alone or in combination with Lacto-N-neotetraose (LNnT).

The decision came after Food Standards Australia New Zealand (FSANZ) submitted a report that requested the approval of the ingredient by the Forum in December last year.

FSANZ confirmed that the ingredients do not pose a public health and safety risk to infants and permits the use of it in infant formula products in Australia and New Zealand.

The Forum requested a review of the approval in February outlining concern that the compositional reference for foods for young children is not breast milk and that the application does not support the relevant Ministerial Policy Guideline for FSFYC.

Further research from FSANZ found the oligosaccharides are chemically and structurally identical to those in human milk.

FSANZ said it recognises that breastfeeding is the recommended way to feed a baby; however, infant formula products are intended to be the only safe and suitable alternative for infants who are not breastfed.

After presenting the findings, along with independent reviews and a series of risk assessments, the Forum agreed by majority (not supported by New Zealand) to the changes, unamended to the original proposal.

The Forum said it “considered FSANZ’s review report and acknowledged the extensive work undertaken to reassess the application and address Ministers’ concerns”.