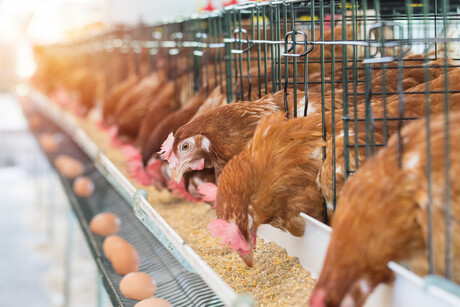 Global demand for animal products for human nutrition is increasing, despite the ubiquity of vegan and vegetarian diets in Western countries. To meet this demand, future protein feedstuffs will need to become independent of arable land, in order to avoid land use changes, such as deforestation. A research team at the University of Göttingen has investigated whether alternative protein sources, such as insects and microalgae, alter typical meat quality, with the research findings published in the Journal of the Science of Food and Agriculture (JSFA).

In a study conducted as a part of the project ‘Sustainability Transitions in the Food Production’, broiler chickens were fattened using feed with the main protein sources being soybean meal, spirulina or insects. The study investigated animal growth, meat quality (especially concerning shelf life) and eating quality. The results of laboratory testing and taste-testing analyses across 132 birds show that black soldier fly larvae meal and spirulina can be included in poultry feed without negatively impacting quality.

Microalgae are currently produced for biofuel, animal feed and human consumption; however, they are more expensive than soybean meal. Currently in the European Union (EU), insects are only authorised for human consumption and for fish feed, and are likely to be approved for poultry feed in the near future. In the EU, all insects must be produced using certified animal feedstuffs. However, “sustainability necessitates the incorporation of waste products in the production of insects”, said Professor Daniel Mörlein, professor for the Quality of Animal Products.

Demand for reishi mushroom products is anticipated to increase in the near future, according to a...

Thanks to funding from Hort Innovation, CSIRO has brought together researchers to deliver an...