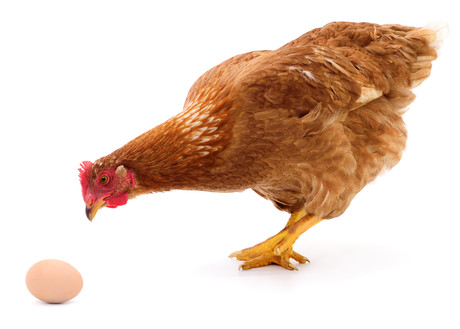 University of Edinburgh researchers have perfected genetically modified chooks whose eggs contain significant quantities of proteins ready for use in pharmaceuticals.

The Roslin Institute scientists have focused on producing two proteins: IFNalpha2a, a human protein with powerful antiviral and anticancer effects; and human and porcine versions of macrophage-CSF, which has been shown to stimulate damaged tissues to repair themselves.

After the proteins are delivered in the eggs, a simple purification system is used to extract them from the egg whites of the eggs.

Currently three eggs are required to provide clinically relevant amounts of the proteins, but with chooks usually laying 300 eggs/year it is believed that the technology would be less expensive than current lower-yield techniques.

Having established that chickens are commercially viable for producing proteins suitable for drug discovery studies and other applications in biotechnology, the next stage will be to adapt the process to produce other therapeutic proteins and ultimately produce medicines for use in patients.

The technology is being commercially developed via the university’s Roslin Technologies division and is described in a paper that was recently published in the journal BMC Biotechnology.

Regulations about how alcoholic beverages are labelled are currently being assessed, with a...

QUT researchers will work with Change Foods to find innovative ways to use sugarcane bagasse to...