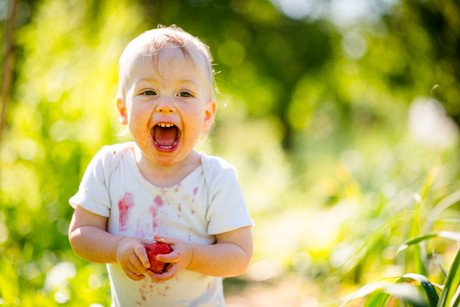 Concerns over the health claims on packaging are not unfounded, as the Federal Court ruled Heinz made a misleading health claim on food aimed at children aged 1–3.

The Australian Competition and Consumer Commission (ACCC) launched legal action against the food giant in June 2016 following the Obesity Policy Coalition raising concerns over the ingredients of food products for toddlers.

Heinz’s Little Kids Shredz products were advertised as being nutritious, with images of fresh fruit and vegetables and the statement “99% fruit and veg” featuring on the front of the packaging. “Our range of snacks and meals encourages your toddler to independently discover the delicious taste of nutritious food”, the product stated.

However, on closer inspection, the three flavours contained between 62 and 68% sugar. Since they were predominantly made from fruit juice concentrate and pastes, which are very high in sugar, ACCC Acting Chair Delia Rickard explained that they could not be compared to naturally occurring sugars in fruit.

“Heinz’s Shredz products consisted of over 60% sugar, significantly higher than that of natural fruit and vegetables. An apple in comparison contains around 10% sugar,” said Rickard.

Fruit juice concentrate can lead to obesity and health decay, which is why the World Health Organisation recommends limiting the intake of these foods to below 10% of a person’s daily energy.

Allegations that Heinz breached Australian Consumer Law due to its misleading conduct were upheld by the Court, and Justice Richard White agreed that the products were not beneficial to children’s health “by reason of their high sugar content and sticky texture”.

However, he dismissed two further claims by the consumer watchdog that Heinz implied its Shredz products had the same nutritional value of natural fruit and vegetables, and encouraged the development of healthy eating habits in children.

“The consumers would, in my opinion, have readily understood that the berries product was a processed product and would have understood that a representation was being made that it was derived, at least principally, from the depicted ingredients,” Justice White said in his judgement. “They would not have understood the product to be in the form of fresh fruit and vegetables.”

The three varieties of the Shredz product — peach apple and veg, berries apple and veg, and ‘strawberry and apple with chia seeds’ — have not been available in supermarkets since May 2016.

Heinz Australia Managing Director Bruno Lino explained the company was “disappointed with the outcome but respects the decision that has been made”.

Rickard, on the other hand, said he welcomed the Court’s decision, as it highlights the consequences of making misleading claims about the health benefits of products.

A hearing on penalties and other orders will be held by the Court next month.