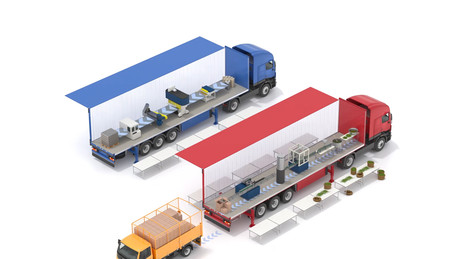 Food loss could be significantly reduced in the future following Tata Steel’s development of its mobile canning line concept.

Whether it’s through postharvest handling, processing or distribution, the United Nations Environment Programme claims that a third of all food production worldwide is lost or wasted before it reaches consumers. However, the mobile canning line concept aims to address this issue, as it would enable farmers to create a production line to make and fill cans on-site.

By processing produce immediately, this would eliminate the risk of spoiled food, which would not only reduce food loss, but also generate additional revenues.

“In India, 44% of food harvested is lost before it reaches consumers through the postharvest stages, often because it simply cannot be packaged and preserved quickly enough,” he said. “Tata Steel’s mobile canning line will allow farmers, even in the remotest of rural areas, to preserve their harvest, producing canned foods, ready for distribution on-site. In India alone, we have the potential to save 84 million tonnes of food per year.”

The canning line and food processing facilities would be easily transportable as it would be housed in two trucks, allowing it to reach remote areas. Distribution trucks would also collect and deliver cans straight from the farm.

Since they are easy to produce and are durable, two-piece drawn and redrawn (DRD) cans made from Tata Steel’s Protact — a specialist laminated steel with a polymer coating — would be used. The Protact circular blanks would be fed directly into the canning line and once created, they would be taken to the filling truck for processing.

After sorting the fruit and vegetables to ensure optimal quality, they would then be washed, prepared, canned, seamed, sterilised, visually checked and labelled all in situ. The trucks would be loaded with the filled cans ready for distribution to consumers.

Tata Steel is already communicating with interested parties and hopes its mobile canning and processing line will be available in the next three years.