Bundaberg bubbles to the top in Australian soft drink ratings 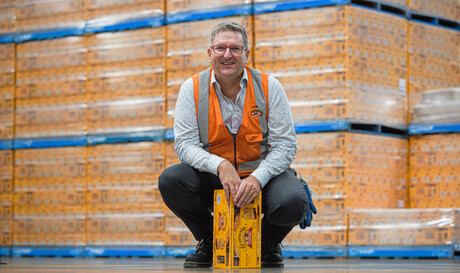 For its inaugural soft drink review in 2020, Canstar Blue asked more than 2000 Aussie consumers to rate the soft drinks they’ve purchased from a supermarket or grocer, and consumed in the last three months. Survey respondents rated different brands on factors like the taste, variety, packaging design and value for money. Brands which met the minimum required survey sample size (30 responses) were each given a final score per category and for overall satisfaction.

The Australian family-owned company, known for its ginger beer and other non-alcoholic beverages, was the only brand to receive a five-star rating in the following categories: overall satisfaction, taste and packaging design.

Bundaberg Brewed Drinks Chief Executive John McLean said that the company was proud to be recognised by fellow Australians after being the underdog for the past 50 years.

“COVID-19 has been a challenging period for everyone, and we’re appreciative of the support Australians have shown us. We hope this trend of Aussies supporting Aussies continues because it is critical we all rally behind each other right now,” McLean said.

The science of scent for flavour in food

Researchers study sense of smell to optimise food for consumption.

Pet food could be linked to dog deaths in Victoria

Protecting networks and facilities against a fast-changing threat landscape

Covestro and allnex adopt Seeq on AWS for production insights

How will technology really help us meet our national health objectives?

What technologies are having an impact in aged care?