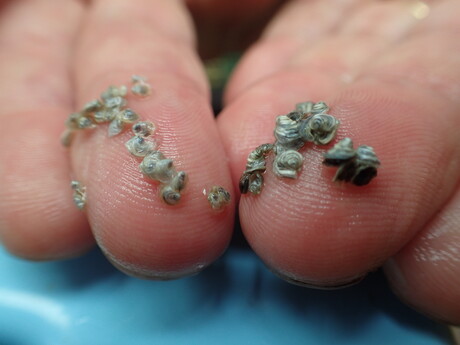 The world is Queensland’s oyster it seems, with the state having a windfall growth of a hardy variety of oysters that could enable widespread oyster farming in the state.

500,000 blacklip oysters were successfully produced at the Department of Agriculture and Fisheries Bribie Island Research Centre, north of Brisbane. This is the first time that these oysters, which are notoriously difficult to produce, were grown at the facility.

Most other oysters grown in the state are the Sydney rock oyster, but the use of the tropical and disease-resistant oysters such as the blacklip oyster means that farmers could be able to produce a larger number of oysters while being environmentally friendly.

“This is a game changer for Queensland’s oyster farming industry allowing the industry to expand beyond the current South-East corner of the state through the production of blacklip oysters and other subtropical and tropical oyster species,” said Minister for Agricultural Industry Development and Fisheries and Minister for Rural Communities Mark Furner.

“Oyster farming offers Indigenous communities the opportunity to establish a viable and culturally suitable aquaculture business that has minimal impact on the environment.

The Bribie Island Research Centre also produced a large number of Sydney rock oysters. Only about 15% of Queensland’s coast is currently able to support farming these oysters so researchers will be working with farmers to assess the viability of widespread farming.

Over three years ago, Blacklip oysters were being hailed as having enormous potential for Queensland’s oyster industry thanks to their disease resistance. The successful production means that the state’s industry may be able to finally heartily embrace the species for farming.