Australian Prosecco on the rise 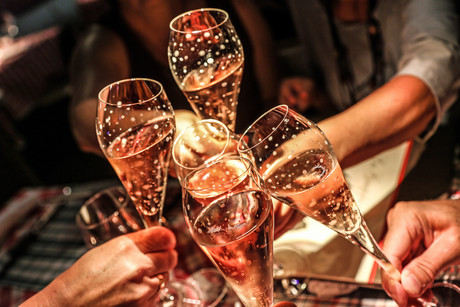 The National Vintage Report released this week has revealed that the Australian winegrape crush in 2019 was 1.73 million tonnes — a decrease of 3% from the 2018 harvest.

Red varieties generally fared better than white varieties in term of production, with Shiraz the top variety and Malbec the biggest percentage production increase recorded (up 46%). Chardonnay was the top white variety; however, the report highlighted that while most of the white varieties reported a percentage decrease in production for 2018, Prosecco bucked the trend, increasing by 42% to 9936 tonnes. Prosecco is now the 11th largest varietal by value in the off-trade retail wine market, according to the report.

According to Australian Grape & Wine (AGW), this continues the steady growth trend in the variety over the past five years. The growth in Prosecco grape production is mirrored in the domestic wine market, where sales of Prosecco have increased by over 100% in the past two years.

Tony Battaglene, Chief Executive of Australian Grape & Wine, said: “It’s great to see Prosecco being embraced by Australian producers and consumers. Australia has been producing great wine from Prosecco grapes for years, which is why we’ve been working so hard to maintain Australian producers’ rights to grow the variety.

“Not only are the sales of the wine positive, but the average price of grapes is the second highest of any other in the top 10 — almost double that of all other white varieties. At a time when grape and wine businesses in communities across rural and regional Australia are working hard to maintain economic viability, this is a terrific result.”

Prosecco has been produced in Australia since the early 2000s, after grape vines were imported from Italy in 1997.

Until 2009, Prosecco was universally regarded as a grape variety. However, in 2009, Prosecco was recognised as a geographical indication (GI) by Italian law through the creation of a Denominazione di Origine Controllata (DOC) across the Veneto and Friuli regions. Prosecco is the name of a town just outside Trieste.

At this time, the name for the grape used to make Prosecco was changed to Glera. Prosecco is now registered in EU law as a GI.

The European Commission tried to register Prosecco as a GI in Australia in 2013, but it failed after the Winemakers’ Federation of Australia (now Australian Grape and Wine Inc) argued successfully that it was the name of a grape variety.

“We have been disappointed by the efforts of the European Union to protect their producers against any competition through subsidies and cynical attempts to create geographical indications of grape varieties,” Battaglene said.

Researchers from Monash University’s Faculty of Law have maintained in a study, published in the Australian Intellectual Property Journal, that Prosecco has been the name of a grape variety since the 18th century, and probably much earlier. According to Professor Mark Davison of Monash University’s Law Faculty, Monash research finds that Prosecco is a grape variety and should not be considered a GI.

Battaglene concluded: “There’s no question about Australian producers’ rights to produce, label and sell Australian Prosecco. Maintaining these rights and ensuring the investments growers and winemakers have made in the variety are on solid ground all comes down to the outcome of our free trade agreement negotiations with the European Union. We’ve already won the fight in Australia from a legal perspective back in 2013, and we are delighted the Australian Government continues to honour this court ruling and back Australia’s grape growers and winemakers.”