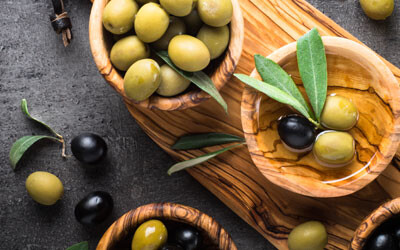 The winners of the 2020 Australian International Olive Awards (AIOA) have been announced, but the award-winning produce is limited due to a poor harvest season.

Australia’s premier olive competition, the AIOA is run annually by the Australian Olive Association and was opened to international entries in 2017.

Competition chief Steward Trudie Michels said this year’s competition saw an even greater emphasis on the competition’s global status, with judging panels across Australia joined in their contemplations by international panels in Spain, Italy, New Zealand, Tunisia and China.

“All up, we had more than 40 judges who gave their time and expertise to be a part of this year’s competition,” she said.

“It was also great to see a continuing increase in international producers with entries this year coming from Tunisia, Italy, Spain, China, New Zealand and Australia.”

Michels said that considering this year’s COVID-19, bushfire and drought challenges, the level of local entries is also a testament to both the importance of the competition and the determination of Australian growers.

“Unfortunately, the reduced 2020 harvest means there’s not that much available this year, so if you want to enjoy really fresh, high-quality Australian EVOO, get out and buy it now.”