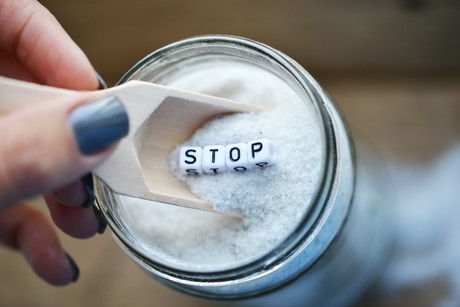 A study of salt levels in foods sold in supermarkets has revealed that Australian food manufacturers are failing to adhere to voluntary commitments to reduce the salt content of products. Professor Bruce Neal, Executive Director at The George Institute for Global Health, revealed that unhealthy diets are a leading cause of death globally, with excess salt consumption a major culprit.

“The majority of the salt we eat is hidden in processed and packaged foods and most people aren’t aware that the amount they are consuming is raising their blood pressure and shortening their lives,” Neal said.

Using the FoodSwitch database, researchers from the George Institute analysed the salt content of over 4500 products from 16 Australian food manufacturers to see if there were any positive changes between 2013 and 2017. Ten of the companies included were members of the International Food and Beverage Alliance (IFBA), which strives to make healthier food products through reformulation and salt reduction. The study found no clear evidence of a reduction in overall salt levels, or by IFBA member companies between 2013 and 2017.

“Although many manufacturers have made commitments to improve the salt levels of their products, rather few seem to have acted on these commitments,” Neal said.

Researchers did find variations in the salt content of many similar foods and drinks in the study, indicating that it is possible to manufacture lower salt versions of food products. While some product categories such as processed meat, ready meals and savoury snacks improved the salt content of their products, there were many more that remained unchanged.

“There are clearly other reasons why manufacturers aren’t reducing salt levels. It suggests to me that when it comes to salt, voluntary pledges are not enough. We need government to step in and drive this, with regulation. It’s very hard for consumers to track what they are buying because salt levels are written in very small lettering on the back of the package — this really does place the onus on the manufacturers to do better,” Neal said.

While the World health Organisation recommends consuming 5 g of salt per day, the average salt intake in Australia is around 9 g per day.

Findings from the study were published in the Journal of Food Composition and Analysis.

R U OK?: trust the signs