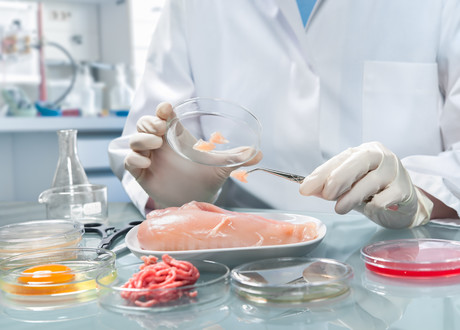 GMO-free feed for appropriately declared milk? Horse meat in a lasagne? Cod instead of pike-perch fillet? Lifeprint GmbH has used various biological methods to analyse genetic material DNA in order to detect both contaminations and adulterations in food and animal feed. A new method in food and feed analysis, called next generation sequencing (NGS), offers possibilities for the analysis of products and raw materials.

Polymerase chain reactions (PCR) detect sections of genetic material used in genetically modified organisms (GMOs), and are often limited to the targeted search for one or more previously defined species. Sequencing is similarly restricted to monoproducts. NGS provides information in mixed products about the species whose DNA is contained in the sample through two methods — one method for the identification of vertebrate species and another method for the identification of land plant species.

NGS analysis can determine millions of sequences simultaneously from different samples. NGS generates large quantities of data on sequences for each sample, which are then evaluated using bioinformatic methods. For example, it is not only possible to determine whether Origanum was stretched with olive leaves, but also whether one or more other unexpected further species are present in Origanum. Moreover, animal products that are wrongly declared products are detected; here, expensive species may be partly or completely substituted by cheaper ones.

NGS can effectively detect cases of adulteration for both plant and animal products. The method is primarily qualitative, but the number of different sequences obtained can be included for evaluation. The two methods for NGS were validated by lifeprint GmbH in 2018, and have been available as accredited methods since July 2019. Collaborating with the Tentamus Centre for Food Fraud (TCF2), lifeprint GmbH can also provide access to a range of analytical methods for the detection of food fraud.