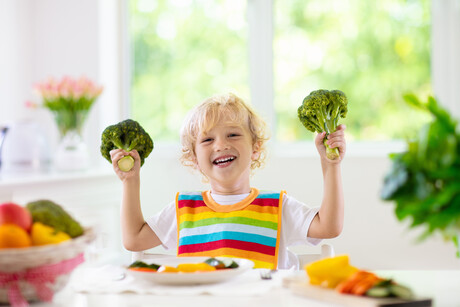 The US Dietary Guideline released its recommendations for infants, toddlers and breastfeeding women last week, but critics say the document falls short on sugar intake.

Released every five years by the US Department of Agriculture and the federal Department of Health and Human Services, the Dietary Guidelines for Americans (DGAs) is the standard for dietary health in public schools and other programs.

Based on the latest research, the newest edition gave parents an extra reason to not give sweets, cakes or ice cream to children.

The 164-page document recommended to exclusively feed infants breast milk for at least six months and no added sugar for children under two years of age.

If breast milk is unavailable, the guideline recommends iron-fortified formula during the first year and to provide infants with supplemental vitamin D beginning soon after birth.

However, the new Dietary Guidelines retains the advice from the previous edition to limit added sugars to less than 10% of total calories.

This is in spite of the 2020 Dietary Guidelines Advisory Committee’s recommendation that individuals over two years of age should consume less than 6% of total calories from added sugar.

Jessi Silverman, policy associate at the Center for Science in the Public Interest (CSPI), said there is no question that individuals would benefit from reducing their intake of added sugars to less than 10% of calories, but they would benefit more by consuming less than 6%.

“While it is disappointing that this edition of the Dietary Guidelines misses the mark on added sugars, people in the US ultimately need much more than advice: CSPI urges the incoming administration to remove barriers to healthy eating in our stores, restaurants, and institutions, and to implement policies that actually help Americans eat according to the guidelines,” Silverman said.

“For the average consumer, the simplest translation of the government’s dietary advice remains the familiar MyPlate Plan, which recommends covering half of your plate with vegetables and fruit.”

Silverman did acknowledge that the 2020–2025 Dietary Guidelines for Americans is largely consistent with previous editions.

“And rightfully so. Research continues to affirm the benefit of a dietary pattern rich in fruits, vegetables, legumes, nuts, whole grains, low- or non-fat dairy, and seafood, and lower in red and processed meats, refined grains, saturated fat and added sugars,” she said.

The guidelines also reaffirms the need for substantial reductions in sodium in the diets of both adults and children.