To GMO or not to GMO 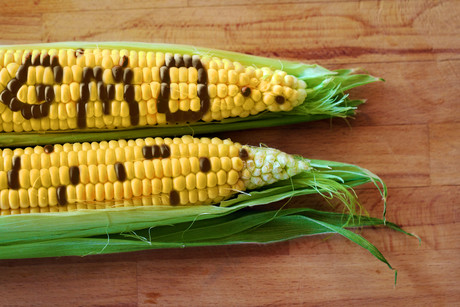 Consumers are notoriously wary of genetically modified foods and are apparently becoming even more so. In 2016 a CHOICE poll showed that 84% of Australians were concerned about eating food with genetically modified (GM) ingredients. This is in spite of the fact that most of us probably consume foods containing GM products most days.

Imported soya, corn, sugar beet, cottonseed oil and potatoes as well as locally produced canola oil are likely to be genetically modified in some way and potentially found in:

And most of these products will not be labelled as containing GM ingredients.

Companies are not breaking the law as FSANZ exempts for labelling according to include:

The FAO and WHO both assert that allergenic proteins are not allowed to be transferred into a GMO.

Interestingly, a recent study from the University of Vermont reveals that a simple disclosure can improve consumer attitudes toward GMO food. The study compared levels of consumer opposition to GMO foods in Vermont — the only US state to have implemented a mandatory labelling policy — with consumer attitudes in the rest of the US. The analysis showed opposition to GMO food fell by 19% in Vermont after the implementation of mandatory labels.

Traditionally, there has been significant resistance to GMO labelling on foods. It was believed that consumers would perceive the information as a warning sign that a product is unsafe or harmful to the environment and so not purchase the food. But this Vermont study is showing the opposite.

Consumers like to know what they are considering purchasing and are then quite capable of making informed decisions.

The researchers in the Vermont study suggest “labels give consumers a sense of control, which has been shown to be related to risk perception”. Indeed, some food manufacturers, including General Mills and Campbells, continue to voluntarily label GMO food products citing consumer demand for transparency.

However, transparency is not particularly evident in the US’s proposed national labelling regulations released by the US Department of Agriculture in May. In this a narrower definition of genetic engineering is being sought and alternatives to simple labelling disclosures proposed. The draft guidelines also propose changing the labelling terminology from GMO to ‘bioengineered’ or ‘BE’, a new descriptor for genetic engineering that is unfamiliar to most of the general public.

Maybe it’s time to give consumers some credit for intelligence and pursue a policy of honesty in labelling.