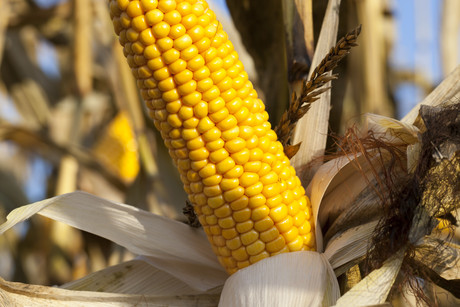 The ears of corn are the most crucial organ for determining the corn plant’s yield. A gene essential for forming the ears in corn has now been identified by a team of scientists led by University of Missouri maize geneticist Paula McSteen. This knowledge could be crucial for advancing the efforts to increase the crop yield of this vitally important crop, a mainstay of the global food supply.

“The information we glean from corn is also likely to be applicable to other cereals, including rice and wheat, because they also form grains on branches,” said McSteen, who is an associate professor of biological sciences in the College of Arts and Science and a principal investigator in Christopher S. Bond Life Sciences Center.

The research, which appears in the journal Molecular Plant, found that a gene called barren stalk2, or ba2, affects development of axillary meristems, which are special cells that give rise to the ears. As a corn plant grows, these cells are formed at nodes along the stalk. These nodes look like tiny grooves, or indentations, in the stem. When the plant is ready to make ears, these cells begin to divide and bud out from the stalk. These buds elongate to form the ear shoots and ultimately become the harvestable ears. The process is initiated by delivery of a hormone, called auxin, to the nodes that signal the cells to make ears.

To find the genes needed to produce organs like ears or anything else, geneticists look for plants that cannot make the organ properly.  Plants with mutations in the ba2 gene never make ears, hence the name “barren stalk”. The mutant plants do not have the grooves where the ears would form, which suggests that the gene functions early, before the ear bud forms. The ba2 mutant was discovered in a large genetic screen for corn plants unable to make ears, and the gene was identified by molecular mapping to chromosome 2. 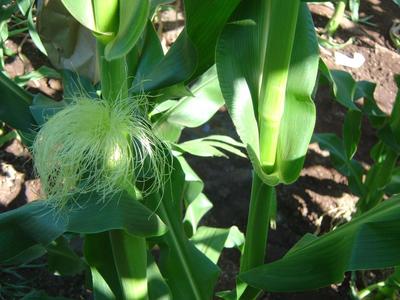 Previous screens like this identified a mutation in a different gene, called barren stalk1 or ba1, that is also essential for making an ear. This other gene plays a key role in a molecular signalling pathway that controls ear development. To test whether the newly identified barren stalk plants have a different problem, the researchers performed genetic crosses, known as a complementation test, and concluded that the phenotype they observed in their plant was caused by a mutation in a totally different gene.

“Interestingly, this is actually a lost-and-found case,” McSteen said. “We found that our mutation had previously been identified and characterised back in 1930, but had been lost sometime in the intervening years. It’s exciting to have been able to rediscover it and add it back to the stock.”

Through a series of additional analyses, the scientists found that the ba2 gene interacts genetically with the ba1 gene and that the corresponding proteins form a complex. ba2 also interacts with other genes known to regulate ba1. Together, these findings demonstrate that ba2 is in the same molecular signalling pathway as ba1 and that the two genes work in concert to regulate the development of ears.

“The end goal is to identify all the genetic players involved in controlling how and when corn ears are made. By identifying this new gene and showing that it forms a complex with BA1 to control meristem development, we’ve been able to bring this important story further along than what had been known previously,” McSteen said.

In an accompanying review article in the same issue of the journal, McSteen and colleagues describe the current state of genetic research on auxin in corn, rice and Arabidopsis. The review focuses in particular on the genes known to be involved in ‘turning on’ the auxin hormone and getting it to the right place in the plant.

“Auxin is important to understand because it controls everything. Understanding the function of genes involved in the synthesis, transport and signalling of auxin has been difficult because of a redundancy in gene function and expression. But now with new gene editing tools, like CRISPR technology, everyone is excited about being able to do this,” McSteen said.

The research paper, titled ‘The barren stalk2 Gene Is Required for Axillary Meristem Development in Maize’, and review article, titled ‘Auxin EvoDevo: Conservation and Diversification of Genes Regulating Auxin Biosynthesis, Transport, and Signaling’, were published in the March issue of the journal Molecular Plant.

The research was funded by grants from the National Science Foundation.