E-tongue is sweet for food and beverage development 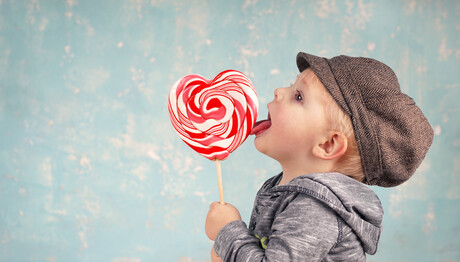 Nearly everyone enjoys sweet treats such as lollies, biscuits and soft drinks, but what one person thinks tastes too sugary, another might think is just right. This variability makes it challenging to develop new foods and beverages, so companies have sought a more objective method. Now, researchers reporting in ACS Applied Materials & Interfaces have developed an ultrasensitive bioelectronic tongue that measures sweetness by mimicking human taste buds.

Although human sensory panels are the most common way to analyse a substance’s taste, there can be a lot of differences in how people perceive flavours. To get more objective data, researchers have made bioelectronic tongues in the lab, but they can be complicated to manufacture or can’t fully replicate the way the human tongue works.

Human tongues have sweet taste receptors with two large, complex structures that bind to compounds such as sugars. The outermost portion of one of these structures is called the Venus flytrap domain because its hinged, two-lobed molecular structure resembles the leaves of the insectivorous plant that close around its prey. This domain interacts with most of the sweet substances a person consumes.

In a previous study, Tai Hyun Park, Seunghun Hong and colleagues made an umami sensor with human-like performance by using just the protein at the end of the umami taste receptor. So, these researchers wanted to apply the same concept to make a sweet-sensing bioelectronic tongue, using the Venus flytrap domain as electronic taste buds.

The researchers attached copies of the Venus flytrap domain that were made by bacteria in a thin layer on a gold electrode. They then connected multiple gold electrodes together with carbon nanotubes, making a field-effect transistor device.

When solutions of naturally sweet sucrose or of the artificial sweetener saccharin were applied to the device, the current decreased.

The sensor responded to these solutions down to the 0.1 femtomolar level, which is 10 million times more sensitive than previous bioelectronic sweet sensors, the researchers say. The device could also consistently measure the sweetness of real drinks, such as apple juice and sucrose-sweetened chamomile tea, but it did not show a response when cellobiose (a tasteless sugar) or monosodium glutamate (a salt known as MSG) were introduced.

Because the bioelectronic tongue was both sensitive and selective for sweet-tasting compounds, the researchers say this could be a powerful tool for the healthcare, pharmaceutical, and food and drink industries.

How are health, sustainability and shape-shifting donuts moulding the future of what we eat? An...

Salmonella and chocolate: why does it happen?

Salmonella is very rarely detected in chocolate, but after a recent outbreak of salmonellosis...