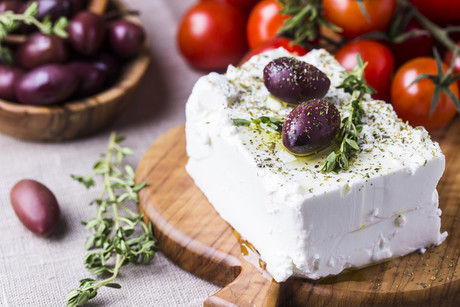 The Morrison government is seeking the views of Australian producers and businesses as it continues to work towards securing a free trade agreement with the European Union (EU).

As part the negotiations, the EU has proposed a list of 400 protected terms known as ‘Geographical Indications’ or GIs. The terms include, for example, Kalamata, Bratwürste, Prosciutto, Scotch Whiskey as well as many cheeses including, Feta, Gruyere, Camembert, Brie, Mozzarella, Edam and even Blue Stilton. The packaging of some products could also be in jeopardy as the EU document stipulates that packaging must be changed if it is liable to convey a false impression of the product’s origin.

The wine industry has already gone through a similar situation with terms such as Champagne and Rhine Riesling. The products are now known as Sparking Wine or Clare Valley Riesling, and according to Birmingham, in the end it has been a good thing for the Australian wine industry. By developing our own brands, he said there could be opportunities for Australian food producers.

However, some in the industry may not agree. The European Commission tried to register Prosecco as a GI in Australia in 2013, but it failed after the Winemakers’ Federation of Australia (now Australian Grape and Wine Inc) argued successfully that it was the name of a grape variety.

The government wants to hear the views from Australian farmers and business directly, so a public consultation process on GIs is open for comments until 13 November 2019. Given wine GIs are already protected under Australia’s existing wine agreement with the EU, this public objections process excludes any wine terms.

“Australians can be confident that we will drive a very hard bargain — as we always do — to achieve an overall agreement that delivers more opportunity for Australian farmers and businesses. Ultimately, we will only do this deal if overall it is in Australia’s interests to do so,” Birmingham said.

Birmingham said that compared to New Zealand’s deal with the EU, Australia’s current Act is really limited so the upside of the negotiation could be positive for our agricultural industry as well as the services sector.

As a bloc, the EU is Australia’s second-largest trading partner, third-largest export destination and second-largest services export market. Australia and the EU have a close trading relationship, with $109 billion in two-way goods and services trade last year.

For more information about the EU’s list of proposed GIs, visit: https://dfat.gov.au/aeufta/gis.

To make a submission, visit: https://dfat.gov.au/aeufta/pop.

Organic dairy farmer Jane Campbell has been appointed as the interim director of the Australian...