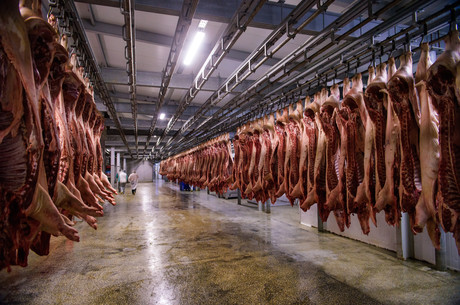 Warrnambool abattoir Midfield Meat International Pty Ltd has been fined $95,000 after two of its workers were struck by a forklift.

The incident occurred on 30 October 2017, when an employee was driving a forklift carrying a bin filled with skins through the centre of a yard, or thoroughfare, towards a truck that was being loaded. The driver’s view was supposedly obscured by the bin when he hit a worker and a company director standing in the thoroughfare. He was only alerted to the incident when someone yelled out.

The worker sustained two fractured ribs, while the director did not sustain a serious injury.

Although the company had a traffic management system in place, it had not been updated and there were no designated pedestrian walkways or physical barriers to separate pedestrian-only areas.

Midfield Meat International pleaded guilty to one charge under Section 21 of the Occupational Health and Safety Act of failing, so far as was reasonably practicable, to eliminate the risk of powered mobile machines colliding with pedestrians.

The company was convicted in Warrnambool Magistrates Court on 8 March 2019, fined and ordered to pay WorkSafe Victoria’s costs of $4000. This is the company’s fifth workplace safety conviction.

“Already this year one worker has died and the courts have fined four companies in relation to serious forklift incidents prosecuted by WorkSafe,” Nielsen said.

“In this case a worker could have been prevented from receiving debilitating injuries had an appropriate traffic management plan, which includes physical separation of forklifts and people, been in place.

“All workers should undertake appropriate training on the tasks and machinery they are to be involved with — failure to do so can result in severe consequences.”