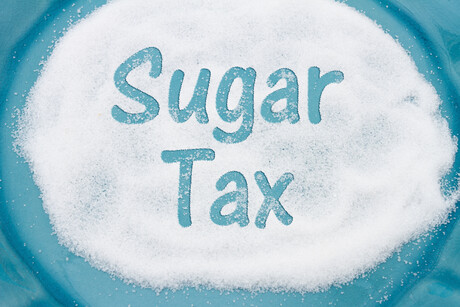 The British Government’s so-called sugar tax on sweetened beverages has proven to be a policy master stroke. According to Cambridge University research published in The BMJ, people are buying less sugar while the industry’s bottom line remains largely unscathed — providing a rare win for both public health and business.

Alexandra Jones, food policy expert at the George Institute of Global Health, says Australia could learn a thing or two.

It may come as no surprise that sugar is bad for one’s health. It is linked to several health issues, including obesity, type 2 diabetes and heart disease.

The World Health Organization recommends that governments implement taxes on sugar sweetened beverages (SSBs) as part of a comprehensive policy response to this global problem so many countries are working on such a solution.

But nothing has come close to the success of the UK’s Soft Drinks Industry Levy.

Jones says this is largely due to its tiered design.

“The tiered design of the UK tax and how effective it’s been could inspire better design for future taxes to improve the healthiness and sustainability of the food supply,” she said in an editorial posted in The BMJ1.

The levy was placed on manufacturers, importers and bottlers rather than on consumers.

One year on since the introduction of the tax, the amount of sugar purchased by households through soft drinks fell by 10% in the UK, according to a study by Cambridge University researchers. The results of the study, funded by the NIHR, were also published in The BMJ2.

The study found that while the volume of soft drinks purchased did not change, the amount of sugar in those drinks was 30 g lower per household per week.

Although this may not seem like much, the researchers said even a small drop in sugar intake could have a significant impact on the public’s health.

In contrast, Australia has opted for a softer approach.

The Australian Beverage Council aims to reduce sugar sold in beverages by 20% between 2015 and 2025 through a voluntary pledge.

So far, the results show a 12% reduction in sugar per 100 mL has occurred between the first five years from businesses that signed the pledge in 2015.

However, only four signatories out of more than 70 members of the Australian Beverages Council Limited committed to the pledge. The results also did not include two of the largest non-alcoholic Australian beverage companies, Coca-Cola Amatil and Asahi, which signed up after the baseline period.

Jones said the SSB tax has been sidelined by the voluntary pledge.

“The terms of the pledge are vague, it doesn’t cover all products and it will not be independently reviewed,” she said.

On top of that, the editorial said a similar ‘softer’ experiment, attempted by Public Health England to get food companies to cut salt and sugar in other products voluntarily, largely failed.

It was noted that the UK sugar tax has catalysed widespread reformulation with potential benefits to population health without the reliance on consumer behaviour change.

And since the results suggest taxation will not harm the industry, the policy should appeal to both economically conservative and liberal public health viewpoints.

Small businesses in Australia are increasingly being led by women.