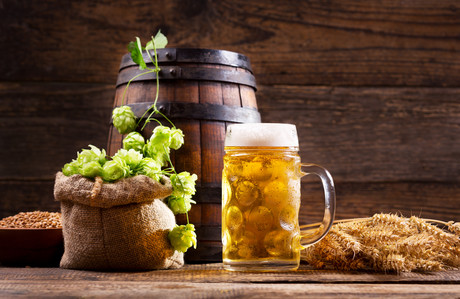 The beer-making process requires grains, hops and water, alongside the use of electricity, gas and other resources, to power operations. As a result, many breweries are concerned about sustainability and sourcing environmentally friendly ingredients. Brewers practise sustainability by re-using water, donating spent grain to local farmers or re-using it in restaurant food, and using smart packaging like recyclable and efficient cans, with many turning to solar to source their energy needs.

Independent brewers in Australia are adapting more sustainable means of generating energy, as energy prices impact their profits and as they compete against larger breweries. Choice Energy, a member of the Independent Brewers Association (IBA), is helping some Australian independent brewers save on energy costs.

“There is no denying that beer brewing is a very energy-intensive process. With the typical brewer spending $3500 a month on energy alone, solar can be a viable option for many beverage businesses wanting to stay competitive by keeping operational expenditure down,” said Choice Energy CEO Christopher Dean.

Climate change has led to increasing input and energy costs, putting pressure on independent breweries that are competing with brewers with greater economies of scale.

“With the greater expectation from consumers for companies to act more responsibly, more Australian brewers are exploring renewable energy to improve operating costs. We have helped brewers save $7000 to $18,000 per year,” Dean said.

“The Independent Brewers certainly bat above their weight when it comes to sustainable initiatives because the industry tends to take a holistic view of the businesses and share their concerns about our planet with the conscious drinkers out there,” said IBA Chairman Jamie Cook.

Some brewers have engaged with Choice Energy to minimise operating costs and reduce their carbon footprint, such as Batch Brewing Co and Yulli’s Brews in New South Wales, and Bodriggy Brewing Co, Ocean Reach Brewing and Kaiju Beer in Victoria.

Located in Port Lincoln on the Eyre Peninsula, Beer Garden Brewing uses local grain in its beers, prioritising sustainability with solar power, using rainwater for brewing, recycling wastewater and re-using the spent grain from the brewing process to feed cows that are later added to the menu. An independent brewery located in Yeerongpilly, Queensland, Slipstream Brewing has also partnered with Choice Energy to improve the sustainability of its brewing process.

Automation can improve workplace safety but vigilance is still a must

Failure to invest in tech damaging economy and jobs: report