New use for waste cooking oil 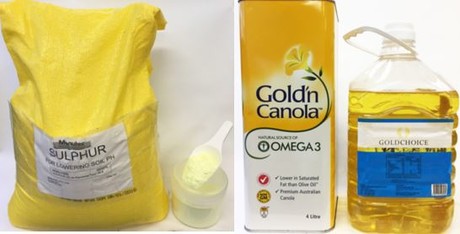 In a win-win for a cleaner planet, scientists have devised a way to use waste cooking oil and sulfur to extract mercury, a neurotoxin, from the environment.

The researchers have demonstrated that the canola oil polymer can trap the most dangerous and common types of mercury pollution — mercury metal, mercury vapour and highly toxic organo-mercury compounds which harm both aquatic and terrestrial systems.

Flinders University researchers and others from around the world have combined second-hand cooking oil and sulfur — a common, low-cost by-product from petroleum production — to produce a new kind of polymer to use in remediation of soil, water and even the air.

After absorbing mercury pollution, the novel rubber-like polymer changes colour to indicate the job is done. More of the affordable polymer mixture can then be placed in the area to continue to process.

“Our previous research studied a single type of inorganic mercury, so this is a significant advance,” said Flinders University scientist Dr Justin Chalker.

“With the Minamata Convention on Mercury coming into force around the world this year, this discovery is an important advance in protecting the environment and human health,” said Dr Chalker.

The material is being tested in field trials at mining sites and areas where mercury-based fungicides are used.

Amcor Rigid Packaging has developed a technology that could see billions of bottles kept from...

Sydney's 'factory of the future' ready to drive statewide innovation