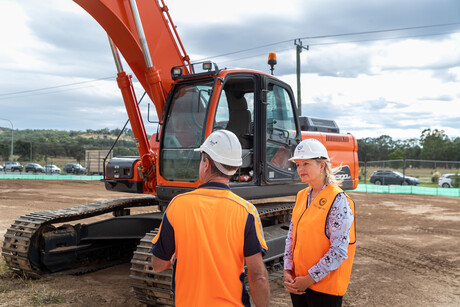 Construction has begun on the new recycling facility that will see the equivalent of around 1 billion PET plastic bottles recycled each year.

The $45 million plant, located in Albury–Wodonga region near the border of Victoria and New South Wales, is set to be fully operational by October — two months earlier than expected.

Excavation of the site has already started, sheds to house more than a dozen diggers have been erected and dozens of jobs will be created as construction ramps up in coming weeks.

The raw plastic material that the new plant will recycle each year is equivalent to 1 billion 600 mL PET plastic bottles and will be used to produce more than 20,000 tonnes of new recycled PET bottles and food packaging, making it the largest end-to-end rPet plant in Australia. It will increase the amount of locally sourced and recycled PET produced in Australia by two-thirds — from around 30,000 tonnes currently to more than 50,000 tonnes per annum, according to Pact Group.

The plant is designed to reduce Australia’s reliance on virgin plastic and the amount of recycled plastic Australia imports. Solar energy will power part of the facility. 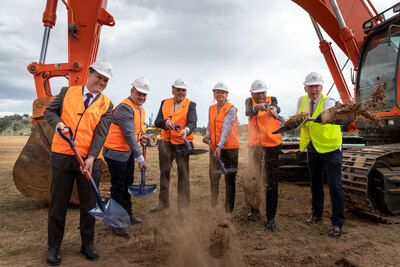 The project was made possible with the assistance of almost $5 million from the Environmental Trust as part of the NSW Government’s Waste Less, Recycle More initiative funded from the waste levy, with the support of the Department of Regional NSW and the Australian Government’s Recycling Modernisation Fund.

“This project would not have been possible without increased demand for locally processed recycled content from forward-thinking Australian companies who are keen to meet Australia’s 2025 National Packaging Targets.”

Asahi Beverages CEO Robert Iervasi said the company is excited to be partnering with Pact and Cleanaway to make the investment and create more jobs for the Albury–Wodonga region.

“Along with our beverage manufacturing plant in Albury, the new plant is part of our long-term commitment to the region.”

New research has found sustainability concerns have driven a shift in behaviour in the decisions...

Fonterra and Nestlé are teaming up with DairyNZ to expand a plantain trial to help improve...

A day in the life of a House Companion

Cocaine use and hospitalisations on the rise