Coles cracks down on plastic packaging and waste 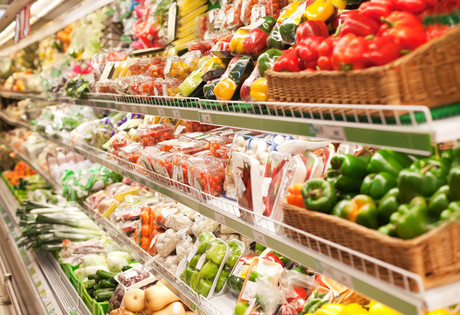 With rising concerns about the impact of plastic on the environment, supermarket giant Coles has announced 10 commitments regarding food waste, packaging and recycling.

Although supermarkets across the country are planning to phase out single-use plastic shopping bags by the end of this month, both Coles and Woolworths have revealed further plans to address environmental demands.

“We know that 69% of customers say that we need to actively reduce waste and landfill through recyclable packaging and find alternative uses for waste,” said Coles Managing Director John Durkan. “We are delighted to be the only Australian supermarket to sell own-brand water bottles that are both 100% recyclable and 100% made from recycled materials.”

The company pledges to make all packaging of own-brand products recyclable by 2020 — five years ahead of the federal government’s target — which highlights its goal to lead the fight against plastic.

It has set itself targets of diverting 90% of all supermarket waste, including food, cardboard and plastic, from landfill by 2022, and halving food waste across its supermarkets by 2020. It also plans to redistribute surplus food to those in need over the next two years.

“By the end of this year we will also connect every Coles store to the vital food rescue program SecondBite, meaning surplus edible food from every Coles supermarket will be redistributed to people in need. By connecting an additional 130 supermarkets to SecondBite this year, we will also be further diverting food waste from landfill,” Durkan said.

Coles has already donated around 72 million meals to SecondBite and Foodbank since 2011, so it needs to donate another 28 million to reach its goal of providing 100 million meals by 2020.

Following criticism from the public regarding the unnecessary or excessive use of plastic in supermarkets, Coles also committed to reducing plastic wrapping on fruit and vegetables such as its own-brand bananas, kale and silver beet.

Woolworths similarly announced it was taking a stronger stance against plastic, announcing it will remove plastic packaging from a further 80 fruit and vegetable lines — building on the 140 tonnes of plastic saved in the last year — and stop selling plastic straws by the end of the year. Woolworths Group Chief Executive Brad Banducci said it was a “complex balance” between removing plastic and maintaining freshness.

However, he said there has been a 15% increase in concerns about the planet and sustainability, and he recognises that there is room for improvement in addressing these issues.

“While we’ve made progress in reducing the amount of plastic in our stores, supported recycling labelling initiatives and made improvements in energy efficiency, sustainable sourcing and reducing food waste, we know that more needs to be done to meet our customers’ expectations,” said Banducci.

Other key commitments from Coles include: labelling all Coles brand products with recycling information; using recycled and renewable materials for meat and poultry packaging; providing customers with an option to recycle all their soft plastics at every Australian supermarket; and providing an additional one million re-usable crates — on top of the 6 million already being used — for fresh produce in its supply chain in 2019 to replace single-use cardboard and polystyrene boxes.