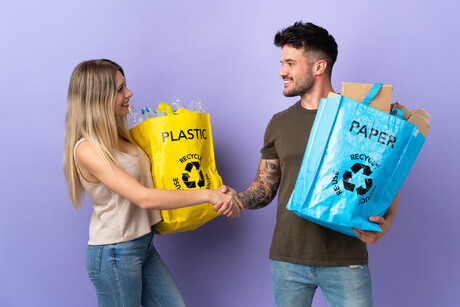 Dozens of Australian, New Zealand and Pacific Islander businesses, NGOs and government entities have signed up for the long-awaited ANZPAC Plastics Pact, which promises to unite the plastic supply chain to achieve ambitious 2025 targets to eliminate plastic waste.

The cross-regional program will ensure its founding 60 members, which includes packaging manufacturers, leading F&B brands, resource recovery leaders and other institutions, will work towards four actionable targets by 2025. These include:

The next steps for the ANZPAC program to achieve its 2025 goals is to develop a roadmap for action.

Plastic pollution is one of the biggest environmental challenges Australia faces and managing plastic at end-of-life is something we must do better at, according to Trevor Evans, Assistant Minister for Waste Reduction and Environmental Management.

“It’s fantastic to see such a diverse range of organisations across the supply chain coming together to deliver solutions in the Australia and the wider Asia–Pacific region,” he said.

Rob Priest, Vice President of founding member Coca-Cola South Pacific, said the company does not want to see any plastic packaging end up where it does not belong — in oceans, waterways or in landfill.

“This is a major and urgent challenge, but also a solvable problem if we design and support a circular economy.”

“We now have an opportunity to build and shape meaningful change on plastic packaging and move towards a circular plastic economy as a global community.”

The ANZPAC Plastics Pact joins the UK, France, Chile, The Netherlands, South Africa, Portugal and the European Economic Area (EEA), as part of the global Plastics Pact network, which was established in 2016.

The ANZPAC initiative, which will annually report its progress, was announced during the federal government’s National Plastics Summit in March last year.

The company is encouraging others to recycle plastic pots, tubs and trays to create a circular...

A series of changes to farms and cattle management is expected to see greenhouse gas emissions...