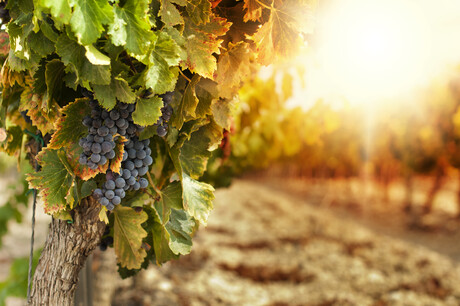 South Australia’s wine industry is already one of the most innovative in the world when it comes to energy and water efficiency, but innovation tends to be focused on small-scale wineries, Glaciem said in a statement.

The collaboration between Glaciem and Pernod Ricard Winemakers — producers of brands including Jacob’s Creek, St Hugo and Wyndham Estate in Australia — is a milestone, proving large-scale wineries can also leverage technology to become sustainable.

Demand on the power grid from renewable electricity sources, combined with the growing need to reduce carbon-based energy generation, often becomes a balancing act between generation and load. The Glaciem TES battery stores energy so it can be used as a reliable source when there is excess renewable power and can also be discharged when renewable energy is not available. In this way the TES is a core steppingstone in PRW’s plan to source 100% of the electricity for renewable energy sources.

The TES battery will complement other recent sustainability initiatives made at the site. Glaciem said that its partner introduced Australia’s largest combined winery solar installation last year and now sources the remainder of its electricity requirement for its Australian operations through a renewable energy virtual generation agreement with AGL.

PRW Operations Director Robert Taddeo said Glaciem’s new innovation is an excellent example of how we can make sustainability processes sustainable for business.

“This enables us to be in a position to manage our renewable electricity more efficiently. And even more importantly, it is great to see our local community uniting to build a more sustainable future,” he said.

Having received a $2 million grant in 2019 from the Australian Energy Agency (ARENA), Glaciem has rapidly commercialised its technology.

The company has also just won the state’s Engineering Excellence Award and is a current Sir William Hudson Award Finalist.

In addition to its collaboration with Pernod Ricard Winemakers, Glaciem technology is being used across a range of industries including W F Montague’s fruit storage facility at Narre Warren in Victoria and the Reef HQ Aquarium in Townsville.

SupraPulp packages can be disposed of the same way as you would salad.

The KHS Group has developed a lightweight, returnable PET container with a 35% recyclate content.