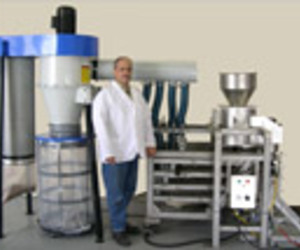 In cocoa and chocolate manufacture, the dehulling of cocoa beans is  one of the most important processing step. The most important thing is to prevent nib loss — the valuable part of the cocoa bean — in order to ensure maximum yield. An optimally functioning dehulling plant ensures clean separation of the nibs and shell.

The winnower includes a screen raking system. The winnower processes the cracked beans and the outer husk is blown away. A series of screens sorts out the cracked cocoa beans into various sizes, now called cocoa 'nibs'.

Bottom Line Technologies has built a small-scale winnower and the first system is being installed at The Original Hawaiian Chocolate Factory in Kailua-Kona, Hawaii.

The winnower was designed in conjunction with Jack Collins, president of Collins Resources Inc, an  expert in chocolate making and equipment.

The winnower is suitable for artisan chocolate makers or for R&D.

Various bean breakers are offered for roasted or raw beans, as well as systems for loading beans into the breaker. The winnower has four screens, which can be specified by the customer. A screen raking system maintains the flow of product through the screens. A vacuum system collects shell debris. Optional bean loaders are also available.

The winnower is made by Bottom Line Process Technologies, Inc and available in Australia and New Zealand from Arrow Scientific.

The LOBO System is a reconfigurable work platform that combines the flexibility and strength of...

PNR Italia has released a powerful range of water nozzles known as the UC Series. 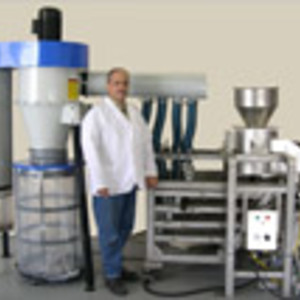