Convenience food manufacturer Greencore Group has achieved significant savings in downtime and repair costs on the water treatment plant, thanks to the installation of a Bredel SPX50 high-pressure peristaltic hose pump from Watson-Marlow Pumps Group. 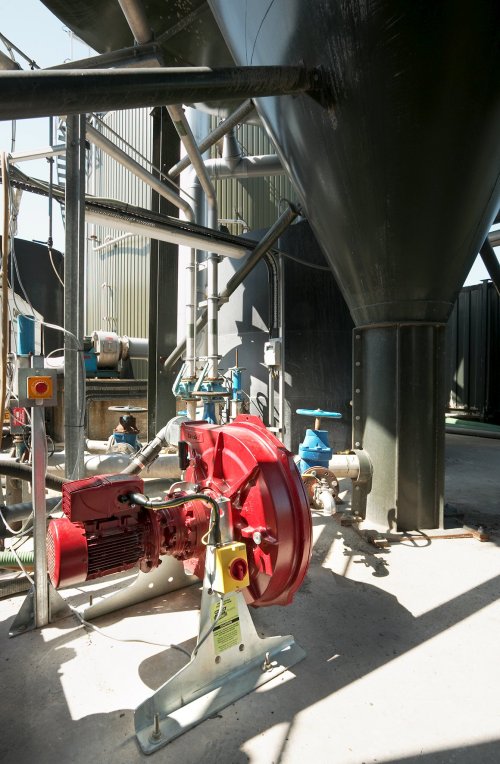 Greencore Grocery is one of the UK’s leading manufacturers of bottle-/jar-packaged recipe products, producing a wide range of both branded and customer own-brand sauces, pickles and soft drinks. The cleaning and changeover process between different products produces a small quantity of liquid waste (food effluent). This can lead to significant fluctuations in pH levels, from four up to 12 in some instances. Until recently, pH levels at Selby were corrected using 32% sodium hydroxide through the facility’s water treatment plant, which is owned and operated by United Utilities, the UK’s largest listed water company. With Greencore responsible for consumable costs, a cost-down exercise was commenced to seek an alternative to NaOH.

“The Greencore Grocery facility is a high-volume plant where there can be between 10 and 26 ‘washouts’ a day depending on order schedules,” says Peter Wadsworth, Craft Technician at United Utilities. “In order to find a more cost-effective method of correcting the pH in the processing machinery, we trialled a product called ‘Mag Mex 1060’, which is a magnesium hydroxide solution [Mg(OH)2], to correct the pH levels.

Carrier water is used to dose the Mag Mex into the system at Greencore Grocery, but to do this effectively a suitable pump is required.

“To be honest, we started off using fairly ‘cheap and cheerful’ dosing pumps, but this proved to be inefficient as we spent two days a week repairing them,” says Wadsworth. “Because magnesium hydroxide has low solubility in water it makes for a pretty abrasive fluid. We found the grit would attack the mechanical seals and drain plugs on the dosing pumps, thus requiring repair.”

It so happened that one of United Utilities’ sister sites was using a peristaltic pump from Watson-Marlow, and this was subsequently recommended to the process engineering team at Selby. As a result, a Bredel SPX50 high-pressure peristaltic hose pump (50 mm diameter) was installed in September 2009, and ever since there have been no abrasion issues causing downtime or repair.

The reason for this successful outcome is simple: in peristaltic pump technology, nothing but the hose or tube touches the fluid, hence there is no chance of the abrasive fluid damaging pump components. The peristaltic design means there are no valves, seals or glands to repair or replace. Replacing a hose or tube takes only minutes and they are relatively low-cost items compared to spares for other pump types.

At Greencore this all adds up to a low-maintenance, low-cost solution, which is just as well for an operation that produces around 250 million jars per annum across circa 500 different product lines.

“Any downtime in an operation of this magnitude can be very costly,” says Wadsworth. “I’m sure the SPX50 paid for itself extremely quickly. In fact, we are going to trial an identical pump on site for sludge transfer between tanks.

The HRS BP Series Piston Pump can handle delicate foodstuffs without damage, while working at...

The Atlas Copco VSD+ app allows a range of vacuum pumps to be controlled and monitored in real...

I am interested in Peristaltic pump tackles troublesome pH levels at food manufacturer .