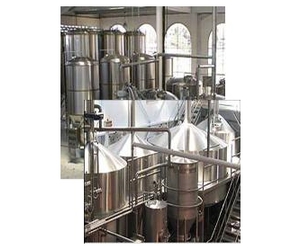 Braumat Compact has been designed for start-ups and smaller brewery projects, while Braumat Plus, with its integrated plant asset management, is suitable for large brewery projects. Both packages are based on the Siemens Simatic PCS 7 process control system, which can be deployed in a variety of industry sectors.

Siemens brewery control systems are scalable and suitable for small and medium-sized breweries, as well as for companies with a number of brewing sites. Braumat Compact has been specifically designed for start-ups, smaller brewery projects, sub-plants or individual process areas; it combines automation, operation and monitoring in one customised solution. The package has a flexible recipe system for several beer types and includes the planning of production and cleaning jobs, as well as detailed production reports or batch-specific trend analysis.

Braumat Plus is suitable for large breweries with one or more brewing sites and a wider product range. With the aid of flexible client/server architecture it can be customised to fit the respective plant size. It contains a batch package for recipe control, a standardised interface to the Simatic IT manufacturing execution system, a route control system with comprehensive diagnostic functions plus an asset management module.

Braumat Classic, based on Simatic S7 controllers, now includes extended functionalities that secure the long-term operation of plants and support the integration of the latest technology. 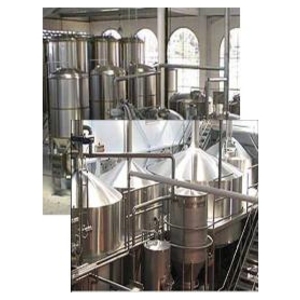