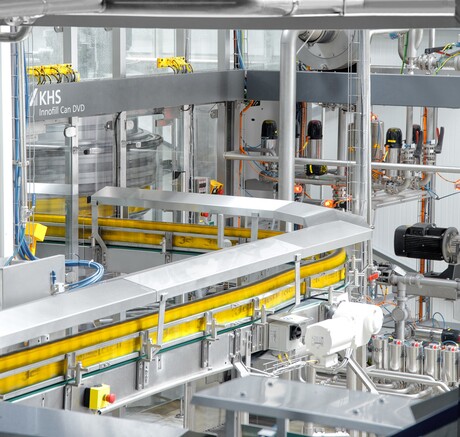 After a four decade-long relationship, Serbian brewery Apatinska Pivara Apatin has invested in the KHS Innofil Can DVD can filler in order to boost its production capacity and the quality of its products. The brewery, a subsidiary of Molson Coors, has previously used KHS machinery in its production line and, despite the difficulties brought about by the COVID-19 pandemic, the two companies have worked together again here.

With the addition of the can filling system, the brewery can now process up to 25,000 half-litre cans an hour, sustainably and efficiently. Altogether this equates to about two million hectolitres per year. All of the company’s brands are filled on the machine and the brewery supplies countries in the regional market, mainly Serbia, Montenegro, Bosnia and Herzegovina, Croatia, Northern Macedonia and Slovenia. However, thanks to the efficiency of the brewery’s new filling machinery, an expansion to different markets is being considered.

Benefits are being seen outside of increases in production capacity. For instance, the canning system allows for warm filling of beverages at around 20°C, which more or less eliminates the formation of condensation that can accompany cold filling. This solves the problem of cartons, trays and cans growing soggy, forming mould or becoming contaminated by harmful microbes. Additionally, a CO2 purging process means that less oxygen ends up in the containers, resulting in a higher quality canning process and a more enjoyable product.

“The dedication and commitment shown by the KHS team have left a lasting impression on us. We were always able to rely on them and their expertise,” said Tanja Popović, Packaging Manager at Apatin Brewery.

The igus plastic bevel gears from Treotham for the lubrication-free drive around the corner.