How low can temperatures go when cabling for refrigeration? 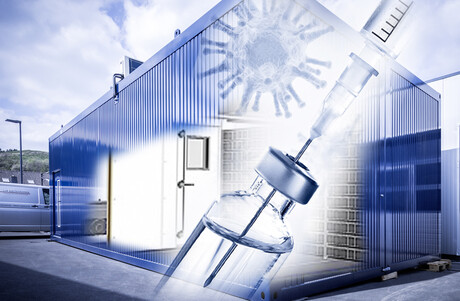 Refrigeration systems supplier L&R Kältetechnik (L&R) was asked by the German manufacturer of a COVID-19 vaccine, Biontech, to assist it with bulk transportation of millions of doses. So the company employed LAPP cables to withstand the harsh conditions.

The vaccine had to be stored at -70°C and only tolerates standard refrigerators for a short time before being administered. Biontech supplies the vaccine in boxes that act like large Thermos flasks, keeping the content cool for several days.

L&R decided to use a conventional shipping container with a length of 40 feet to install a refrigeration chamber.

The main chamber can drop to a temperature of -80°C and has a capacity of an estimated 3.5 million vaccine doses. It also features a preliminary chamber at -20°C, which acts as a low-temperature airlock.

For such low temperatures, transport companies normally have to use dozens of laboratory deep-freeze cabinets, which are not only expensive, but require significantly more power and space, claimed LAPP. 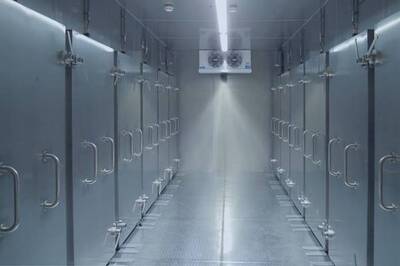 The cables used to make the container application possible had to withstand extreme temperatures, both cold and hot. For example, the refrigerant flows through the evaporator at a temperature of -90°C.

To prevent the electric motors from freezing, the bearings are heated. The two compressors have a power of 20 kW/h each, and currents of 40 amps flow through the ÖLFLEX cabling.

Directly on the diesel generator, the temperature can rise to more than 100°C while it can reach as low as -100°C in the icy storage containers. In both cases, LAPP’s ÖLFLEX cabling is used, ensuring the shipping container’s ability to store the vital vaccines.

“In our quotations we not only specify the properties of the cables but also that they are ÖLFLEX cables from LAPP and which type. That really makes a difference for our customers,” said Christoph Wiemer, Head of Special Systems Sales at L&R Kältetechnik.

Kaishan's range of Permanent Magnet Rotary Screw Compressors is claimed to deliver up to 50%...