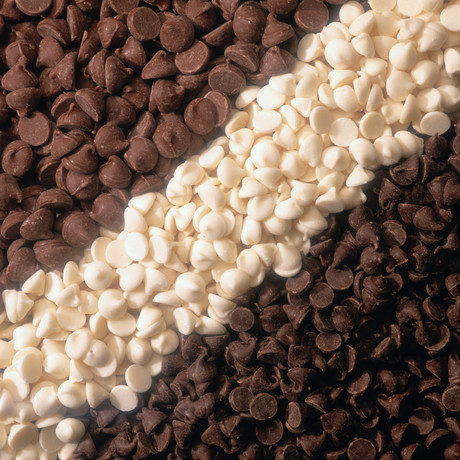 The town of Wernigerode, in the foothills of the Harz Mountains in central Germany, is straight out of a fairytale, complete with half-timbered houses, a medieval town hall and castle — and chocolate!

Chocolate has been manufactured in the town for over a century and, while the tradition continues, Wergona Schokoladen’s manufacturing methods are very much 21st century.

Wergona manufactures the range for the famous Friedel and Gubor brands, as well as chocolate products for leading retail chains. The proprietary chocolate masses, for which there are 57 basic recipes, are processed at a wide variety of casting plants. Up to 1.6 million individual products are manufactured and packed every day at one of two state-of-the-art rotary plants.

The essential role of compressed air

In chocolate production, compressed air is essential. Even the system of tubes for conveying the chocolate masses to the casting units is controlled by pneumatically activated valves.

The plants themselves feature numerous pneumatic drive elements and compressed air is also used as a process medium, such as when removing the powder from jelly products produced by mogul plants and for cleaning the plants.

Chocolate is a very sensitive foodstuff, and every effort must be made at the production and packaging stages to prevent contamination with even the faintest traces of mineral oils. So when the compressed air station was no longer suitable for further expansion, it was clear that oil-free compressors should be used to meet the tough hygiene standards which apply across the business.

Wergona opted for a concept devised by Druckluft Krenge, a specialist provider, who recommended the installation of four oil-free piston compressors from the Champion range by CompAir.

The systems are now operational, with each compressor delivering a maximum 9.1 m3/min of compressed air to the 8-bar network. This adds up to a maximum volume of 36.4 m3/min, of which Wergona is currently using around two thirds, providing plenty of room for additional use.

The four systems providing the compressed air combine eight power levels, since piston compressors can be operated at two power levels. In the case of half load, the pistons only compress upwards; at full load they compress both upwards and downwards. The system is characterised by a high level of efficiency, even at half load; in comparison to full load, the energy consumption in this operating mode is 53%.

A narrow pressure band can be achieved with this mode of operation and the compressor is associated with very low consumption when idle.

The Champion machines at Wergona are of the water-cooled variety, as the compressor station is located in a central position near cool chocolate production and so the discharge of warm air is unwelcome. However, the higher compression temperature associated with piston compressors, as compared with screw compressors, is advantageous from a processing perspective, because the heat is recovered and used within the network. Chocolate production is ultimately a temperature-controlled process and a heat source is required to heat the chocolate masses.

In terms of control, the four compressors are connected together whereby one is the master system and the other three are ‘slaves’. This has the benefit of keeping the control technology comparatively simple.

The system now combines energy efficiency with excellent production reliability and the company’s management has calculated that it will make annual energy savings of €48,000.

A manufacturer of bag-in-box filling systems, TORR Industries is now working with Auspouch to...