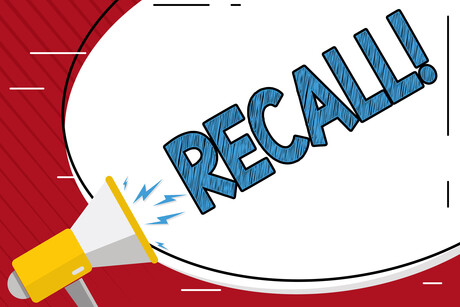 According to MPI New Zealand Food Safety, Woolworths New Zealand has issued a nationwide recall of a range of squeezable baby food pouches after holes were found in about 30 individual packets in its Auckland and Napier supermarkets.

All dates, flavours and batches of the following brands are affected by the recall:

“It now looks likely that the damage was caused by these mice infestations. However, we continue to work to rule out any other possible issues in the supply chain,” said Orr.

“In the meantime, we are working with Woolworths NZ to ensure corrective actions are taken so that this doesn’t happen again.”

Product is being removed from Countdown, SuperValue and FreshChoice stores across the country, and signs will be in place to inform customers, said Orr. Woolworths is urging customers who have any affected product to return it to the retailer or throw it out.

So far Woolworths has not received any reports of associated illness, but if anyone has health concerns then medical advice should be sought.

To find out more details about the recalled products, click here.

SPC launches into the ready meals food market in Tasmania

SPC has launched into the Tasmanian ready meals food market with The Good Meal Company.