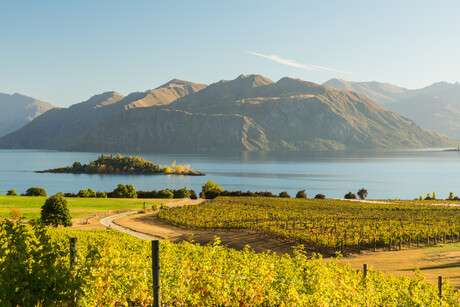 New Zealand’s wine industry has had a strong year and isn’t showing any sign of slowing down in the coming months thanks to excellent export returns and a well-received vintage, according to New Zealand Wine.

In the first quarter of the new export year, the value of wine exports reached $599 million, which was an increase of almost 10% on the previous year. On top of that, each litre of wine was worth an additional 4% compared to 2020.

These higher returns were in spite of a vintage that saw an altogether smaller harvest, down almost 20%, a sizeable reduction that the industry handled gracefully enough to land on its feet.

Of course, COVID-19 has had notable and far-reaching impacts on the country’s wine industry in a multiplicity of ways. For starters, the steep reduction in the number of visiting international tourists has meant that cellar doors have seen a painful reduction in the number of visitors. New Zealanders themselves have somewhat picked up the slack as they explore their own country instead of leaving it, but there are only so many holidays in a year so the numbers of visitors to cellar doors remains low.

The pandemic has also had an impact on the labour available in the country, which has resulted in fewer hands able to do the necessary work. Seasonal workers from outside the country who would bear the brunt of certain kinds of work have obviously not been present, leading to difficulties that will hopefully be circumvented with changing border conditions, such as quarantine-free travel for workers in the recognised seasonal employer scheme.

Supply chains have also been impacted, as has sea freight shipping, to the point where costs have gone up for many products. This is a worldwide problem at the moment and one that a small, isolated country is likely to feel especially keenly.

Through all this though, New Zealand’s wine industry has continued to stay strong and produce its much enjoyed products that are exported around the world. Without the pandemic these results would likely be even more positive but as is they are impressively chipper despite the difficulties the industry has faced.

Additional biscuit varieties have been added to the Arnott's gluten-free range, giving...